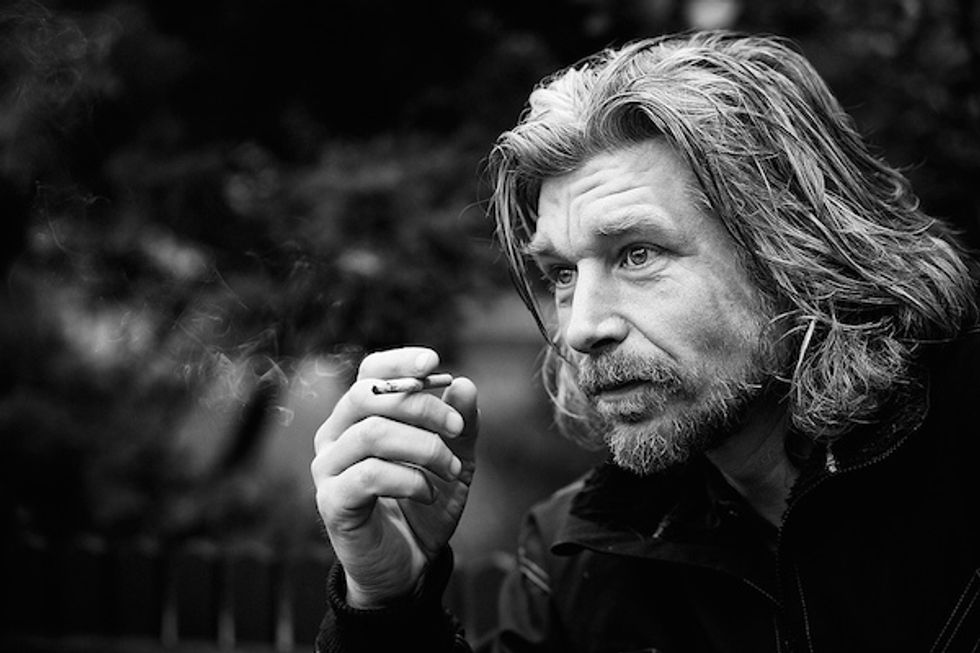 San Francisco is about to get a major literary visit: Karl Ove Knausgaard, the Norwegian author behind the massive and massively acclaimed multi-volume My Struggle, is headed to town for a busy few days of reading and signing. He's here to promote the fourth volume of the autobiographical My Struggle series, just released in the States, which follows 18-year-old Karl as he lives on his own for the first time as a schoolteacher in a small Norwegian fishing village. Desperate to lose his virginity and utterly hapless in the face of the claustrophobic winter, he bumbles, fumbles, and drinks his way through it all, offering both a funny and tender look at the foibles of youth.

Having lost both of her parents to cancer before the age of 25, Claire Bidwell Smith is all too familiar with the complexities of grief. In her new book, After This, Smith (who wrote about losing her parents in bestselling memoir The Rules of Inheritance) tackles the thorny question of what happens after we die. Her quest for answers leads her to scientists, past-life regression practitioners, psychics, religious leaders, and more, in the hopes of finding some closure for her loss, and explaining why thinking about life after death can help us better cope with grief.

Electronic dance music (EDM) is the defining sound of the current generation and the biggest moneymaker on the current concert circuit, but its beginnings were humble, with some of the earliest progenitors connected via old-school Internet message boards and chat rooms at the dawn of the Internet. Michaelangelo Matos' comprehensive new The Underground Is Massive tracks the rise of the genre, from ecstasy-fueled raves in the '90s to the gigantic music festivals of today's landscape, following major artists like Diplo, Skrillex, and Deadmau5 from their roots in the underground scene to their current star status.