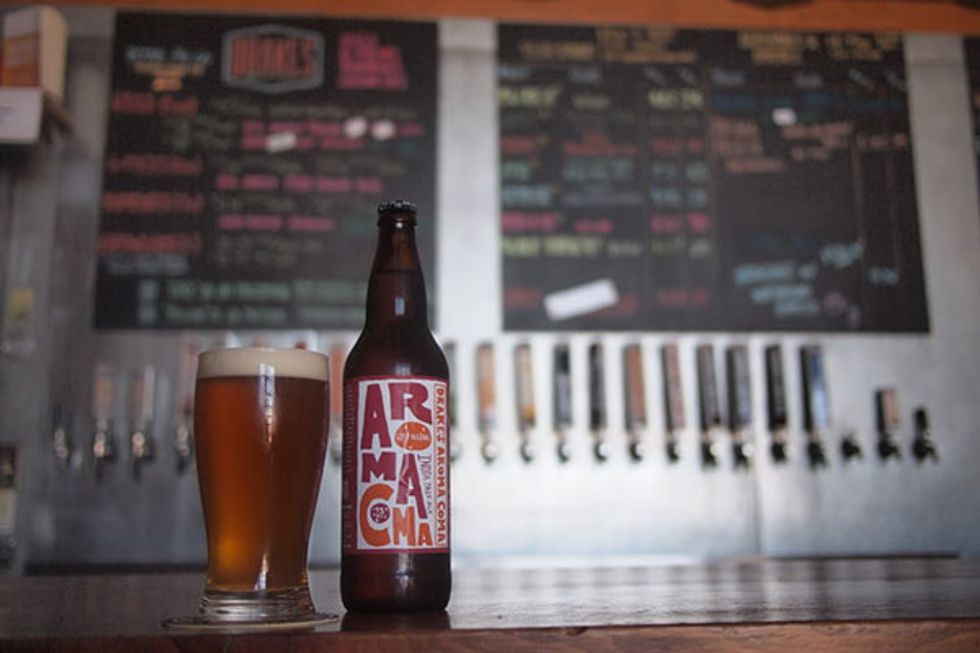 8 Summer Beers Coming Soon to a Pint Glass Near You

These day, local craft brewers are as enthusiastic about making refreshing summer beers as we are about drinking them. Look out for these eight unique brews available now and in the coming weeks.

Firestone Walker has been barrel-aging beers since the brewery was founded in the late 90s, and reusing bourbon and brandy barrels to age beers for the past decade. But Brewmaster Matt Brynildson still felt something was missing in their lineup. “We noticed that all of our blended Anniversary Ales were made from barrel-aged components that were really dark and thick. It got us thinking about how cool it would be to brew a really pale blonde ale, and then age it in spirits barrels to create a naked beer with tons of pure barrel expression.” The limited release, single-malt, 12% ABV blond barley wine is currently being delivered to store shelves in 22 ounce bottles, so get it while you can. // 1400 Ramada Dr, Paso Robles, firestonebeer.com

Previous versions of this highly-regarded double IPA scored a 99 on Ratebeer, a 94 on Beeradvocate, four stars on Untappd, and snatched a silver medal at the 2012 Great American Beer Festival. With that many accolades in hand, this year’s batch boasts a 9.75% ABV and derives its 100 IBUs  from the generous heaps of Citra, Amarillo, Cascade and Chinook hops. It’s available on draft now and in 22 oz. bottles. // 345 Healdsburg Ave, Healdsburg, bearrepublic.com

Look for this smooth-bodied and malty brew in early August. Suds was inspired by lightly hopped Vienna Lagers but was fermented with a California ale yeast. This approachable and easy drinking beer comes in at a moderate 4.7% ABV and is has a mild citrus bite from a blend of Columbus, Cascade, and Merkur hops. // 1195 Evans Ave, goodbeer.com

PLUS: Tickets for the 12th Annual Brews on the Bay on sale now

The San Francisco Brewers Guild invites you to join its 'ship of fools' for another edition of Brews on the Bay, Saturday, October 24, from 12-5pm.  Enjoy unlimited 8-ounce samples of over 60 beers while soaking up the salty air, sunshine, live music, and food from the deck of the S.S. Jeremiah O’Brien, a historic landmark from the World War II Merchant Marine era. It’s one of the most unique and memorable beer festivals in the country. This event will sell out. Get tickets here.