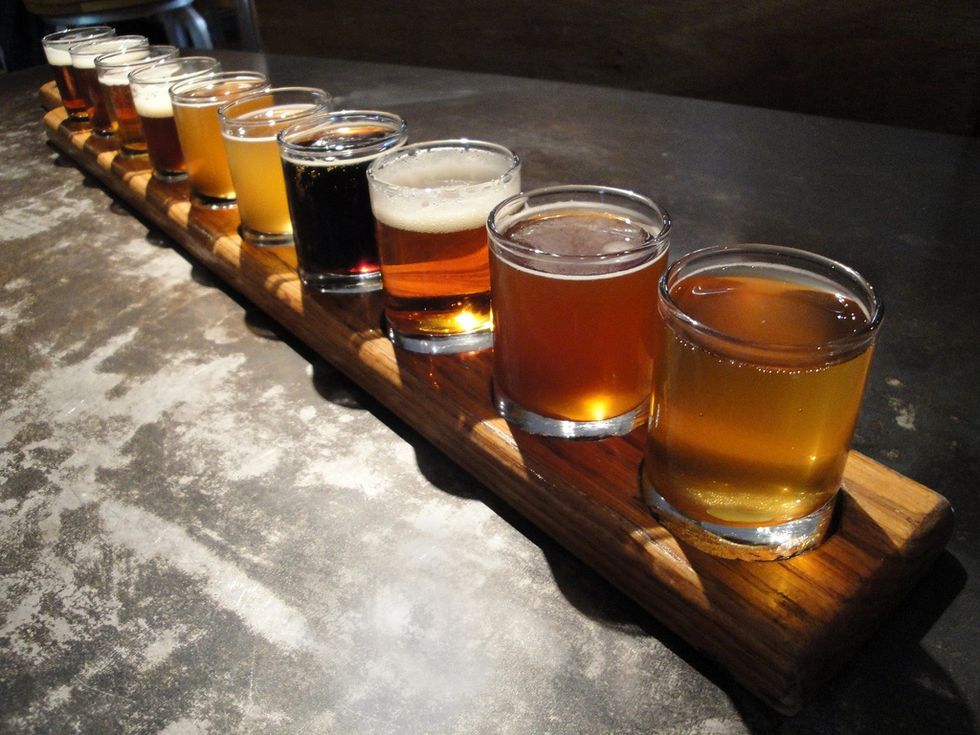 Beer of the Month Clubs for Brewski Buffs

One of the joys of ordering online is that, when your package arrives, it’s always a bit of a surprise. If you’re a beer fan, consider giving yourself (or someone whose refrigerator you share) a subscription to a beer of the month club.

While it’s certainly manageable to stay current on the Bay Area beer scene, it can consume much time, money, and liver cells to research and locate the great beers of the world. The clubs below are priced similarly, and each club’s website includes a compilation of previous selections.

Healthy Spirits Beer of the Month Club - Dave Hauslein, Healthy Spirits Beer Manager, selects a few beers each month and packages them at a discount to club members who pick up the batch sometime during the month. There’s no membership fee, just the price of the beers for the month, which averages about $50. Members receive tasting notes, suggested food pairings, and other information about the beers. Members also receive the following benefits:

•A 10% discount card for most purchases.

•Right to reserve bottles; handy for limited release products. Receive notifications of what brews are arriving via Facebook or Twitter.

Plumpjack Wines Beer of the Month Club - Membership includes two different beers each month (number of bottles varies). The package includes detailed notes on brewery history, description of the brewing process for each beer, tasting notes, serving suggestions and food parings. Members also receive a 10% discount on most beer purchases. Membership is about $25 per month plus shipping which averages $20, though locals are welcome to pick up their stash at either the Fillmore or Noe Valley location.

Brewlab – You can join the Brewlab as either a homebrewer, who receives brewing ingredients from the club and gives part of each batch back, or as member, who receives free beer and is asked for critiques and a donation to cover the cost of the brewing ingredients. The brewers are an eclectic group and the beers they make can be wild. As you might imagine, there’s a waiting list to be a member.

Michael Jackson’s Rare Beer Club - This is the world’s most renowned beer club, which was formed and headed by the late Michael Jackson (the beer writer, not the pop star). This club includes two different artisan beers in each shipment and, depending on your level of membership, you can elect to receive one, two, or three bottles of each beer per shipment. Membership prices range from $45 to $87 and you can specify whether you want to receive shipments monthly, every other month, or quarterly.

Here are a few other well regarded beer of the month clubs that I can’t personally vouch for:

Microbrewed Beer of the Month Club