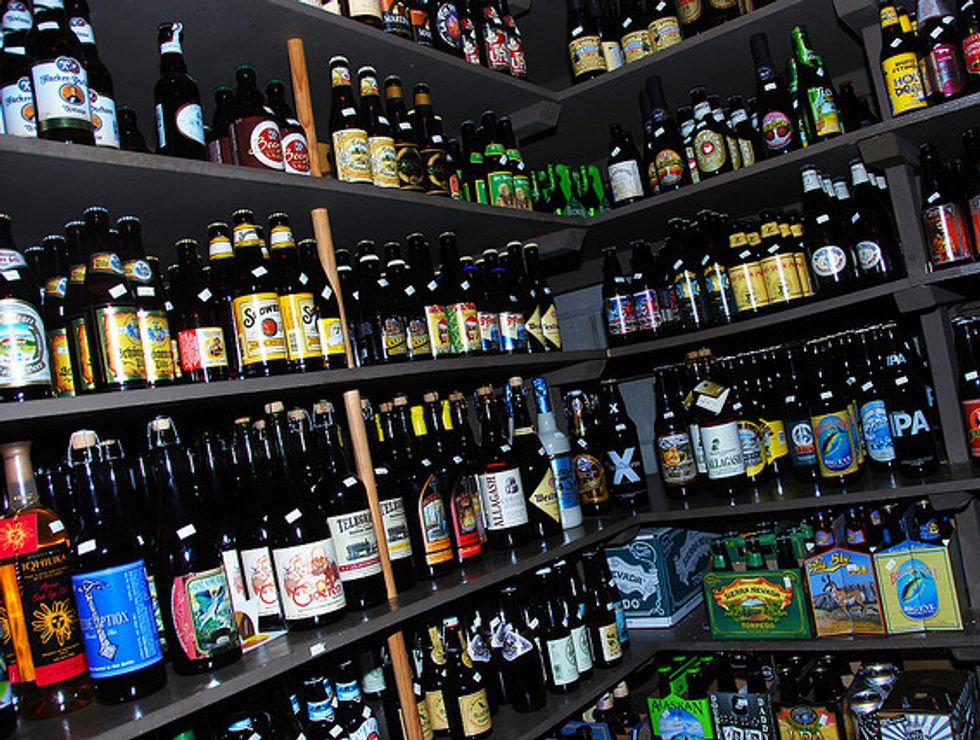 A crisp spring wind was blowing down Folsom at 5:30 last Sunday afternoon. The mid-May weekend was winding down and the street was so empty of pedestrians, parked cars and even traffic that I began to wonder if I'd missed Saturday's scheduled Rapture.  The quiet of the street changed at the doorway to City Beer though; all the tables and stools were occupied and there was a steady but manageable stream of patrons with their personal selections of bottled craft brews waiting to be checked out. Splitting his time between the half dozen beer taps and the cash register, Craig Wathen quietly let each customer know that since they close at 6:00 on Sundays, this was last call.

It's been several weeks now since owners Craig and Beth Wathen notified neighbors and patrons of their plans to expand the store into an adjacent space. And with this many people snuggled into their existing store so close to closing time, we’ll all benefit from the additional room. But since that first notice, there have been few details. Even at their recent sold out fifth anniversary party, while there was buzz about what the expansion would entail, nothing new was revealed.

When they started the business City Beer in 2006, the Wathens' negotiated a unique hybrid license which enables customers to buy beer for take-out or to drink on premises. They also offer a rotating selection of craft beers on tap, kegs to go, small food plates, and beer-related events. Given the innovative business model, what’s in the works for the expansion? I asked Craig directly, will their new space enable them to expand their tap selections, host larger events; will it include a full kitchen and menu? Craig rang up my to-go purchase of Lost Abby's Judgment Day, "We’re working out some licensing issues right now and Beth doesn’t want to give out any details till we can firm things up."

“Can't you tell us anything about more the expansion?”

"With any luck we could be ready late summer. And, I can tell you this,” he smiled, “it will be awesome.”