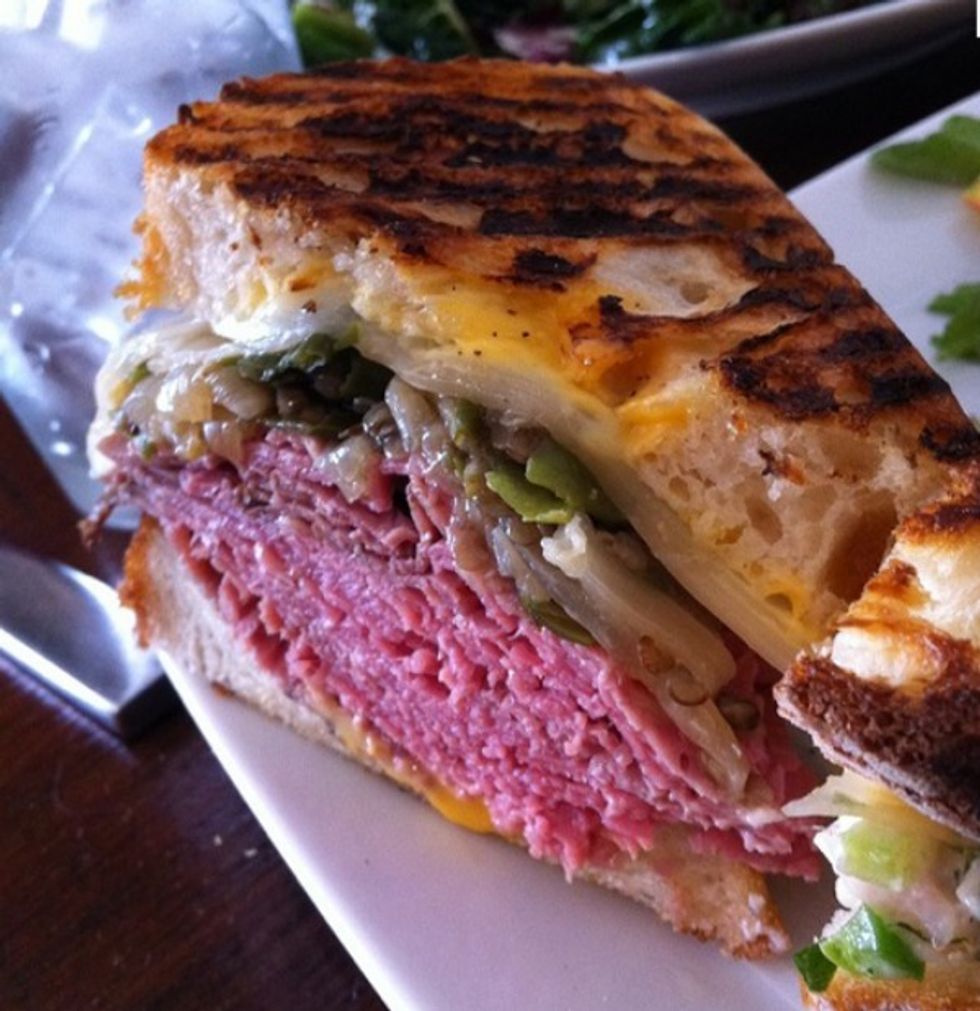 Now that 7x7 has moved its offices, I'm lunching my way through our new SoMa neighborhood. It's kind of like looking for diamonds in the rough.

Last week, I made it to the fun and funky HRD for a bibimbap. This week, I went to the Darwin Cafe (212 Ritch St., 415-800-8668), a real gem that opened a little more than a year ago. It's a sweet, small space, full to the brim with people sitting at the little counter and a few tables, as well as waiting for lunch to go. The menu is of the sandwich-and-salad type but with an eye toward good ingredients. I had a great toasted pastrami sandwich with a side salad of arugula and mandarin oranges. The kale salad with bacon that my friend ordered was covetable too. I experienced gluttonous guilt. They're getting a parklet soon, which should add some outdoor seating.

Maven finally opened in the Lower Haight, another neighborhood starved for good food—especially something more haute than, say, Rosamunde Sausage Grill (this is not to knock a good, spicy beer sausage).

Maven took over the old RNM restaurant space, which I recall being kind of dark and claustrophobic. Now, the floor-to-ceiling windows have been exposed, there's a jungle of a Flora Grubb living-wall display above the bar, a wall of exposed concrete leads up to the mezzanine seating, and long rows of communal tables give it a modern and lively feel.

We sat at the chef's counter, which places you at about one degree of separation from the kitchen, where they're cranking out a brief menu that's kind of Cal-eclectic—something for everyone. The cocktail and wine-beer menu here (which Courtney wrote about last week) is a huge draw, and the menu suggests the food that you might want to pair with each drink. The 5 Spot (rum, lime, ginger, maple, and a haunting dash of five-spice), which is meant to go with the tasty, Asian-influenced duck sliders topped with shiitake mushrooms, was perfectly balanced and very drinkable. The more complicated and subtle plate of braised fennel, fennel puree, watercress, burrata, and grilled bread was harder to imagine having with a cocktail, but with a glass of the recommended Pinot Noir? Yes, please.

Though not every dish was executed without flaw that evening, the thing that I like about Maven the most is its good, urban energy. It's brought much-needed life back to a dark corner of a neighborhood that's just itching for more.