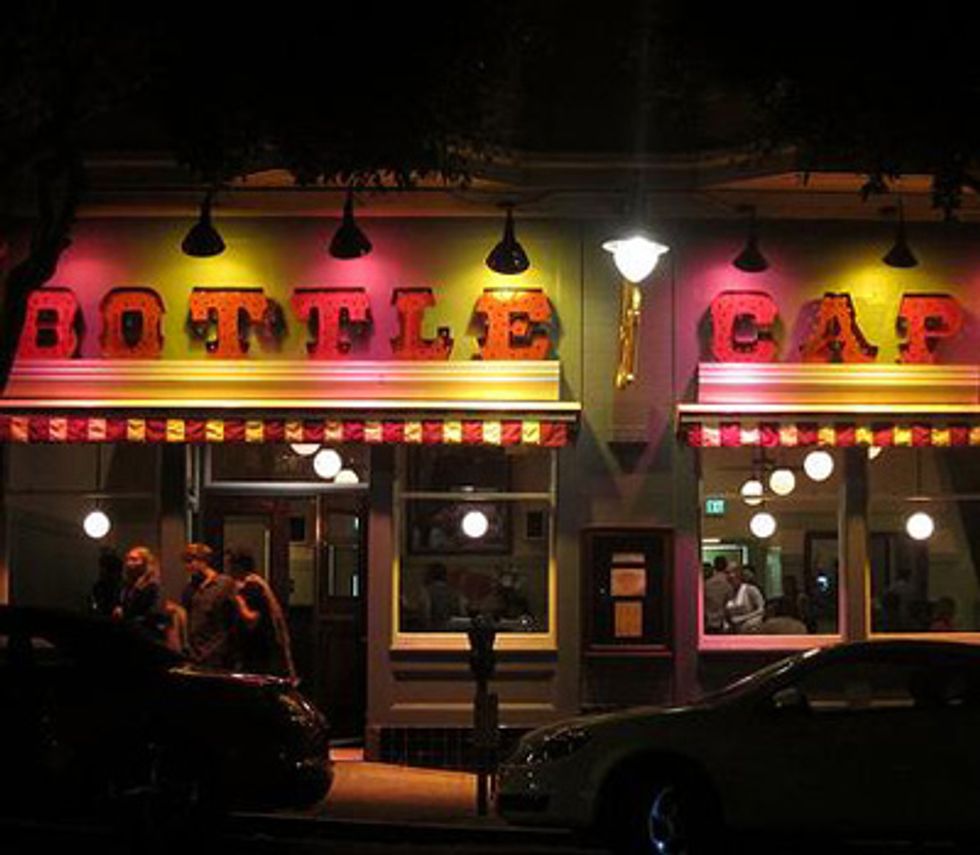 If you want to have a successful excursion in this town, you need a plan—and it better be a good one. Since it's not always easy to strike that perfect balance between "pre-game" drink, food and a show, we bring you the Date Night series — a block-by-block guide to weekend itineraries that only require one parking space. For this weekend's crawl, how about a night exploring the high and the low in North Beach.

See: Annual comedy barrage SF Sketchfest takes venues all over the city this weekend. One of our favorites, Cobbs Comedy Club still has tickets to "Pretty Good Friends" on Saturday and Sunday nights. The comedy show features mostly New York-based comics like Eugene Mirman and Bobcat Goldthwait (a.k.a. "Zed" from the Police Academy  and Egg Stork from One Crazy Summer, yeah, this guy), bringing their Brooklyn-born act straight into the belly of North Beach.

Eat: Set the quirky tone for the night with some chicken tikka and a pint at Kennedy's Irish Pub and Indian Curry House, literally right across the street. The Indian restaurant trades in the traditional Bollywood music atmosphere for a frat-approved bar with foosball and "almost 69 beers on tap" (their words, not ours). Kennedy's also serves its full menu until 1 am, so it makes sense if hunger hits after the show lets out.

Drink: Sweetie's (475 Francisco St.) is the neighborhood's secretly charming dive bar, serving up a pool table, friendly bartenders and really good no frills margaritas until late. If you're feeling more upscale, we suggest a stroll through Washington Sqaure Park to Park Tavern and/or Bottle Cap, both of which are shaking up something formerly impossible to find in the nabe: an above average cocktail.

Got another great night out to suggest? Do tell us about it in the comments.