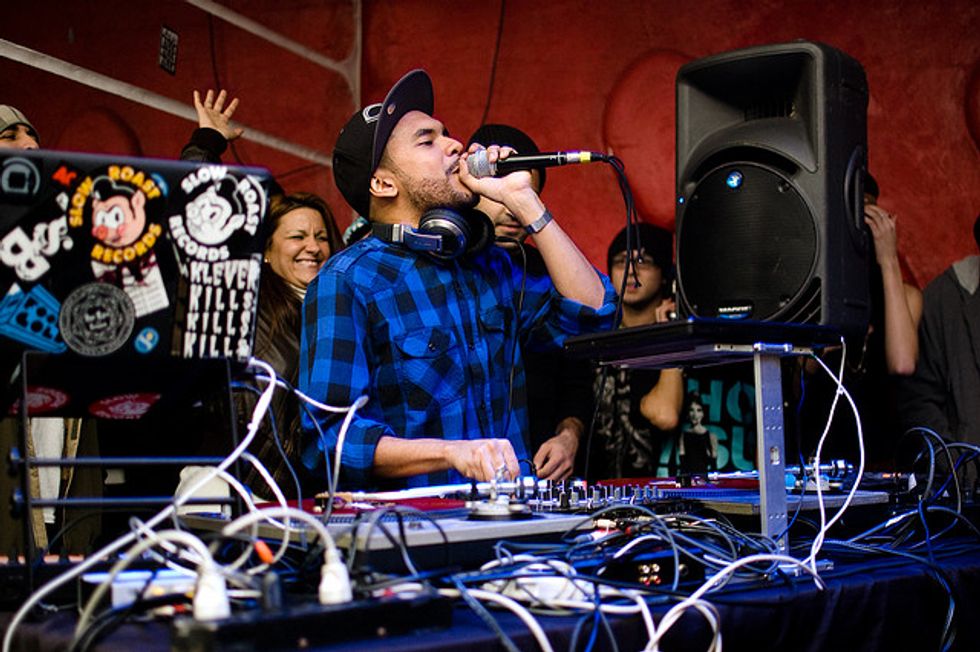 If the East Bay gets too crazy to make it out to the Oakland Art Murmur tonight, get your arts fix at one of our favorites, the very multi-faceted Public Works, this Saturday, November 6th. Take in new works by Nathan Richard Phelps in a collection called Exuberance and dance the night away with fresh DJs who excel in hip hop, dance and dubstep beats.

The lineup of DJs is courtesy of the production geniuses behind Rock It Science Laboratories, who corralled such world-traveling turntable champions as DJ Craze (who just performed this year's Coachella), J-Wow of Buraka Som Sistema, Oakland-based Trackademicks, head of Rock It Science and cutting edge remixer Eric Sharp, and finally dubstep queen Ultraviolet.

Grab some cheddar and get your tickets here, because this is the most solid lineup of DJs under one roof in a while.

Photo via drewshoots on Flickr.com