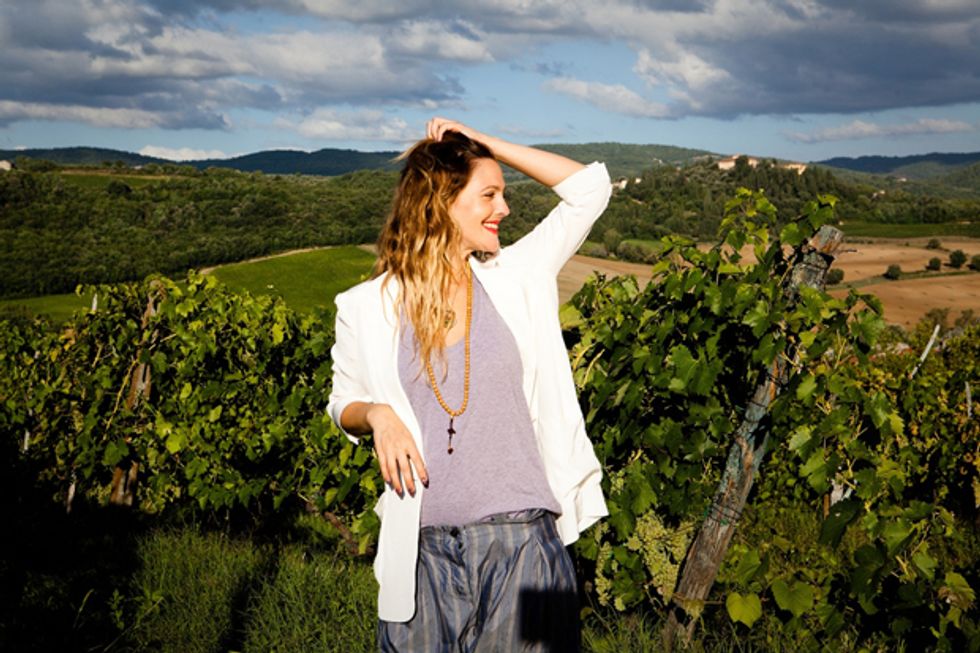 Drew Barrymore's Adventure In Winemaking Is a Family Affair

As a child actress negotiating life in the spotlight, Drew Barrymore felt worlds away from the realm of family crests and the privilege they symbolized. But for her latest venture as the steward of her eponymous wine label, Barrymore has embraced her family legacy, reviving a symbol created by her grandfather, silver screen legend John Barrymore. Years ago, the actress came across a leather-bound volume that held her grandfather’s scripts; the front cover was embossed with a custom crest featuring the letter B. “Growing up with my single mother in West Hollywood in the 1970s, I had nothing like that,” says Barrymore. “But once I discovered it, I fell for the aspirational nature of it.”

The actress translated her grandfather’s emblem into the label for Barrymore Wines, which she founded in 2012 as a way to celebrate the idea of bringing family and friends together. After finding the wine—through her travels in Italy, she fell in love with a Pinot Grigio grown at a vineyard in the Triveneto region—Barrymore took an active role in directing the bottle’s look. Eschewing traditional gold-foil vineyard designations, she instead worked with Studio Number One (the design firm of friend and street artist Shepard Fairey) to create a minimalist logo in the vein of a gentleman’s card.