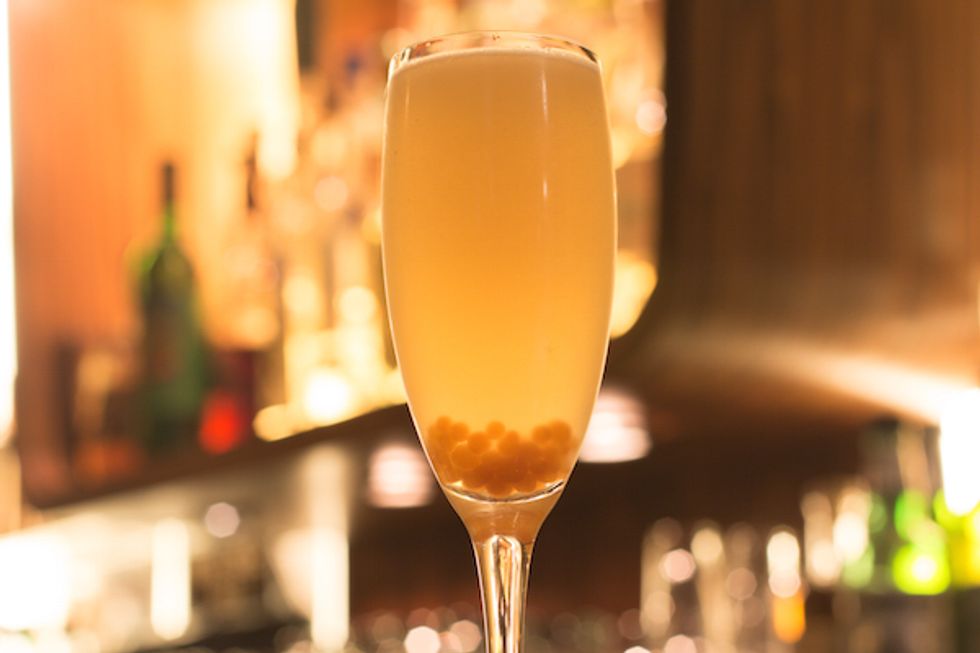 Drink to the Season With SF’s Best Fall Cocktails

The leaves are changing, the days are getting shorter, and basic coffee drinkers are flooding Instagram with snaps of pumpkin-spice lattes. Fall is officially here.

To celebrate the change of seasons with a bit more panache, here are five fall drinks inspired by flavors beyond your local pumpkin patch.

Oddjob's Smith's Grove is fall in a glass. (photogrphy by R.A. Schuetz)

When Oddjob’s Joey Picchi thinks of fall, he says, “I’m all for pumpkin spice—but for me, fall’s about the seasons changing, the dry leaves and earth after summer, milder spices, darker notes. I always think of voodoo and witchery.”

In that case, the Smith’s Grove is fall in a glass. Imagine standing at the edge of a forest on a crisp autumn night—the London dry gin gives this drink a piney flavor, while the vermouth, all-spice dram, and turbinado add an earthy warmth, while the drink’s namesake invokes just the right amount of eeriness. // 1337 Mission St, San Francisco, oddjobsf.com

Blackbird's Scotch-based Don't Sweat the Technique in front of The Big Picture, made with fig-infused apple brandy.

Don’t Sweat the Technique at Blackbird

For bartender Matt Grippo, “Fall is always spirit-forward.” The Don’t Sweat the Technique is a prime example. It features only two ingredients—a coconut-washed Scotch and Tippleman’s barrel-smoked maple syrup (which was made by burning Willet bourbon barrels while boiling the maple syrup). And while the coconut may seem unexpected, it blends smoothly with the smoky sweetness and adds a weight and richness to the drink that warms the soul.

Other unexpected flavors on the menu include a fig-infused apple brandy and pumpkinseed cocktail and a Thai coconut soup with your choice of savory gin or St. George Green Chile Vodka. All of these cocktails launch on Monday, September 28. //  2124 Market St, San Francisco, blackbirdbar.com

Squash in a cocktail? A taste of this drink will make you a believer. The Cosmic Autumn Rebellion, 15 Romolo’s most decidedly fall drink, uses a squash called delicata that naturally tastes like pumpkin pie. The flavor mixes so well with the brandy, sherry, lemon juice, and baking spices that you’ll be asking for more. // 15 Romolo Place, San Francisco, 15romolo.com

Champagne and Caviar at Clock Bar

For the fall, Clock Bar’s Abby Martine created a Roaring Twenties-inspired menu. “I was thinking about what the people of that era would drink if they approached cocktails the way we do today, she explained. Her champagne cocktail is the perfect way to celebrate the changing seasons. It features cognac, apricot liqueur, and spiced citrus champagne in a flute with vegan-friendly “caviar,” made of gelled apricot puree soaked in angostura bitters, sparkling at the bottom. // 335 Powell Street, San Francisco, westinstfrancis.com/clockbar

This time of year is tricky in San Francisco. It’s chilly one day and 85 degrees the next. Which makes the Harvest Moon (Eagle Rare Single barrel, pineapple gum syrup, Velvet Falerhum, lemon juice, orange bitters, orange and lemon wheel) just the drink for the season. The citrusy drink is given depth by the bourbon, bitters, and hints of spiced molasses, while the zip of champagne keeps it refreshing. The fact that it’s named for a Neil Young song only makes it better. // 309 Cortland Ave, San Francisco, holywatersf.com