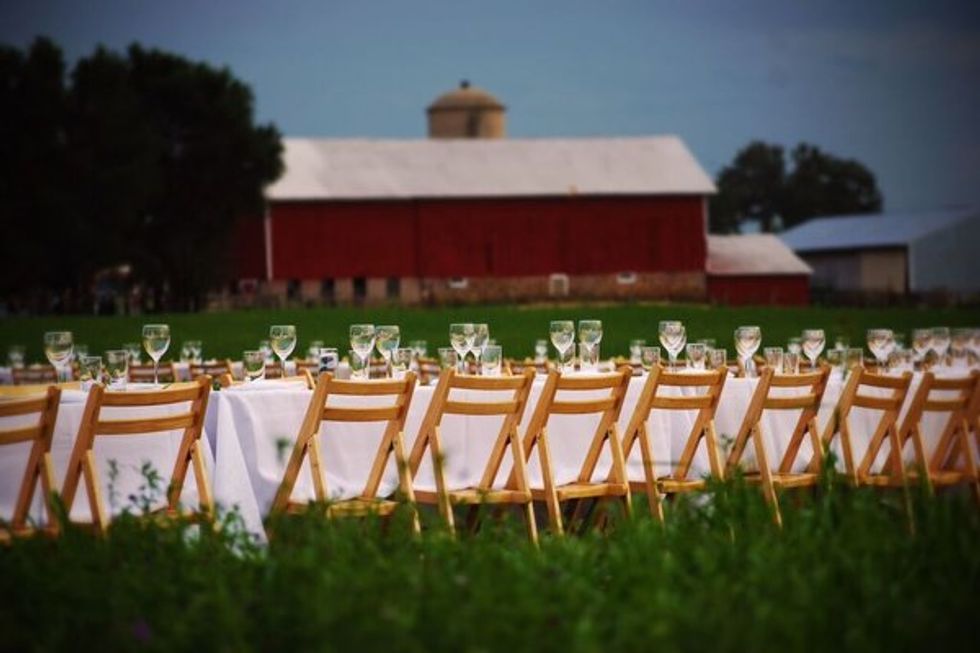 Your guide to the tastiest foodie happenings going down this week. Bon appetit!

Outstanding in the Field Returns to Wine Country

Now in its 17th year, Outstanding in the Field—a traveling pop-up that hosts unique dinners at farms and wineries across the nation—is a pioneer of both the pop-up and farm-to-table movements. The troupe returns to the Bay Area this year, with a series of meals in the vineyards at McEvoy Ranch in Petaluma, Scribe Winery in Sonoma, and Stemple Creek Ranch in Tomales, among other locations. Tickets go on sale March 20, the first day of spring, and include a farm tour and wine pairings. // $190+, various locations. Get tickets here.

If you didn't get enough of our favorite dessert on Pi Day (March 14), order Clairesquares' Banoffee Pie this St. Patrick's Day. The base is made with a buttery Irish shortbread (owner Claire Keane hails from Ireland) and is topped with bananas, whipped cream, and shaved chocolate. Pair it with a creamy Irish coffee and your day is complete. // $29, clairesquares.com

It's now even easier to get your Humphry Slocombe ice cream fix! The local sweets purveyor will soon be available at 38 out of 43 Whole Foods locations in Northern California (except for the one on Market Street). Look out for the following flavors to hit shelves by the end of March: Blue Bottle Vietnamese Coffee, Honey Graham, Tahitian V*n!ll@, Malted Milk Chocolate, and Peanut Butter Fudge Ripple. // humphryslocombe.com

Todd Shoberg Pops Up at 20 Spot

Todd Shoberg, opening chef at Molina, is popping up at 20 Spot Wine Bar in the Mission. He's putting together a rotating menu inspired by whatever is fresh at the farmers market. According to Shoberg, 20 Spot has a limited kitchen, so he may even attempt a DIY hibachi setup outside the restaurant. // March 19-April 30, 3565 20th St (Mission); 20spot.com

Ntmrkt Pops Up at Ordinaire

Kris Yenbamroong, chef-owner of LA-based Night+Market, a northern Thai street food restaurant, will be popping up at Ordinaire, the Oakland wine bar specializing in Western European natural wines, this week— it's a match made in flavor heaven. Winemakers Thierry Puzelat and Jo Mosse will be pouring wines paired with Yenbamroong's spicy delicious fare. Dishes will be a la carte, and food starts at 6pm until they run out (which will no doubt be early). // March 18: 6pm, 3354 Grand Ave (Oakland); ordinairewine.com