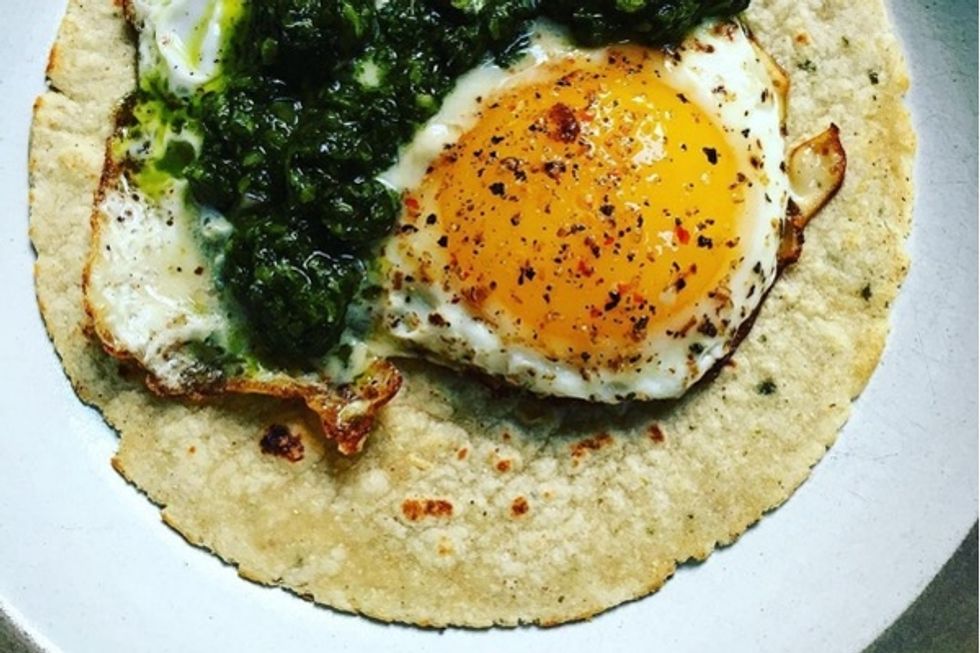 Your guide to the tastiest foodie happenings going down this week. Bon appetit!

Tacos Oscar is popping up at Starline Social Club every second and fourth Monday of the month. Taquero Oscar Michel, a former cook at both Doña Tomas and Boot and Shoe Service in Oakland, will be slinging delicious handmade tortillas filled with fresh ingredients to satisfy carnivores and vegetarians alike. Think housemade chorizo and carnitas for meaty options, and sweet potato with chili oil and pepitas for veggie lovers. Whatever you do, don’t miss the fried egg taco—it’s topped with queso fresco, pickled onions, and a salsa verde guaranteed to give you a tacorgasm. // Starline Social Club, every second and fourth Monday, 5-11pm; 2236 Martin Luther King Ave. (Oakland), twitter.com/tacososcar

As of Tuesday night, Popsons has taken over the old Marlowe Burger space at 330 Townsend. The team behind Causwells (Alvin Garcia and chef Adam Rosenblum) is using the location as a temporary space to preview the burger-focused fare of their newest restaurant, opening in the Warfield Building later this spring. The menu includes a ridiculously delicious classic cheeseburger, as well as other notable versions such as a bacon and blue cheeseburger and a chili cheeseburger. // 11am-3pm through January, and 11am-8pm in February, 330 Townsend St. (SoMa), facebook.com/PopsonsBurgers

Smitten Ice Cream is expanding its sweet empire with a new location on Chestnut Street in the Marina. The new shop is set to open later this summer (along with the Mission location that’s planned on 20th and Valencia) and will mark the made-to-order ice cream company’s eight location. If there’s one thing the world needs, it’s definitely more Smitten. // 2268 Chestnut St. (Marina), smittenicecream.com