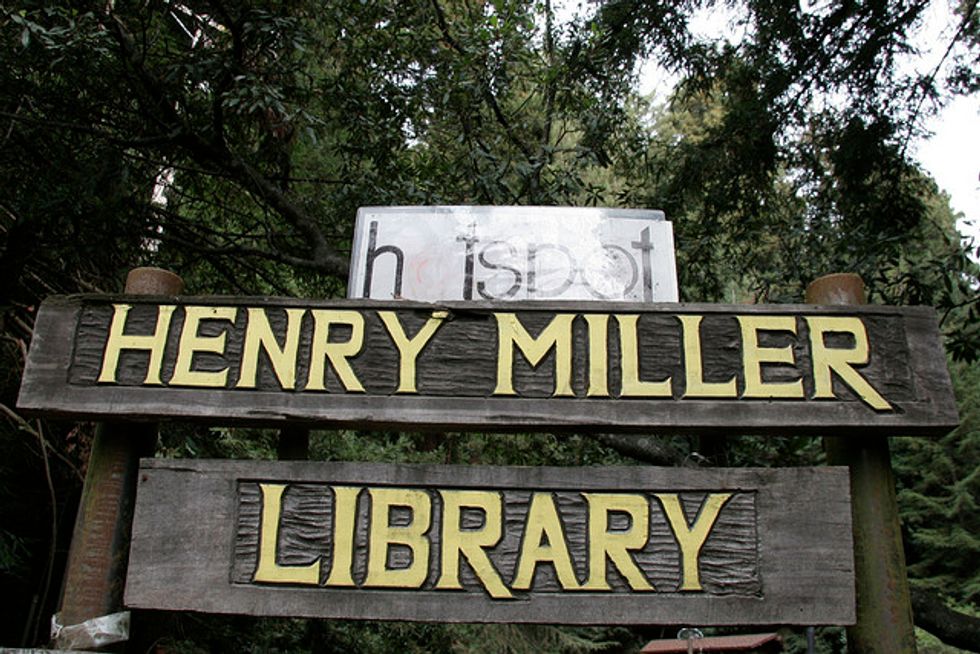 We've lusted after many an instantly sold-out show at the Henry Miller Memorial Library in Big Sur (Arcade Fire last year, Animal Collective this April). Now the library is working to build a new stage––giving us even more reason to freak out at the ticket-sale hour and make the trek down south––and you can help make it happen.

Nestled in the canyon next to the library itself, the new stage will be built out of redwoods (which will integrate beautifully into its surroundings) and will span 20 by 24 feet––much larger than their old one. Although it can't increase the number of tickets sold (bummer), it might just mean that bigger and better shows will invade the forest in the future. You can help the cause by donating to their Kickstarter fund by clicking here. They've got about a month to go to collect all of the $6,250 needed to build the stage (they're already over 40% of the way there!), and if you pledge over $75, Animal Collective themselves will give you an on-mic shoutout during their April 14th show!