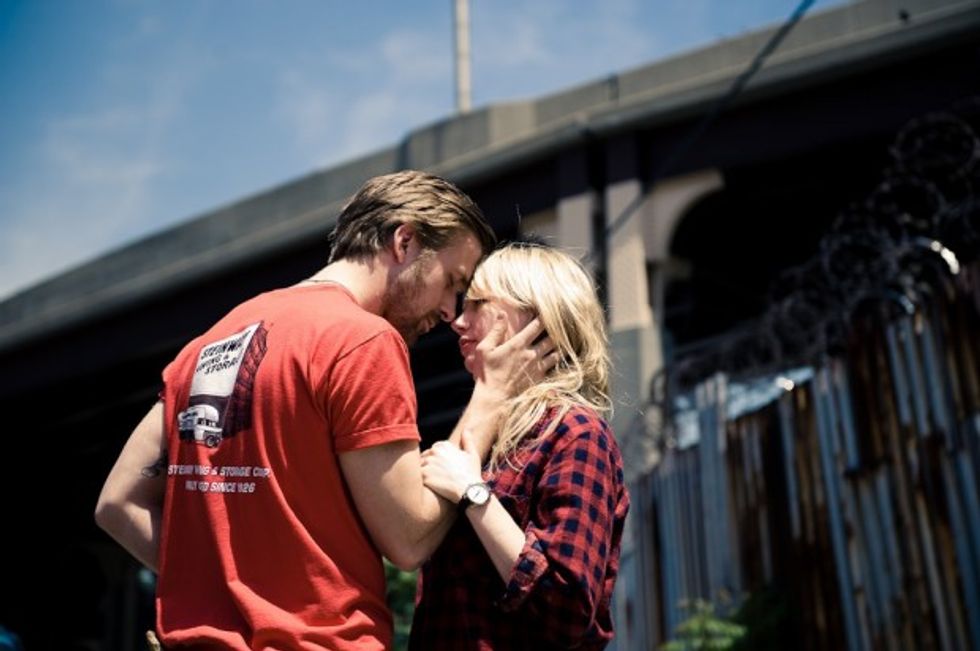 The new year has arrived, and with it the promise of long-awaited sequels to The Hangover, Kung Fu Panda and Pixar's Cars, the distressing inevitability of Michael Bay's Transformers: Dark of the Moon, and the mind-numbing realization that Little Fockers sits lazily atop the box-office charts. The good news: Bay Area moviegoers have plenty of worthwhile alternatives, including:

1. Blue Valentine
Where: Sundance Kabuki Cinemas, 1881 Post St., 415-929-4650
When: All Week
Why: The best of intentions can’t rescue a flatlining relationship, a lesson learned through tears, small explosions and passionless embraces by Dean (Ryan Gosling) and Cindy (Michelle Williams), a still-young married couple watching the embers of their romance turn cold in Derek Cianfrance's Blue Valentine. Where did their passion go? Cianfrance leaves that question to our imagination, and Dean and Cindy's cold civility – as well as the riveting, award-worthy performances of Gosling and Williams – gives Valentine its withering power.

2. The 39 Steps
Where:Castro Theatre, 429 Castro St., 415-621-6120
When: Jan. 8
Why: A week of Alfred Hitchcock's lesser-known classics (including Rope and Frenzy) kicks off Saturday at the Castro with a double bill featuring 1938's comic thriller The Lady Vanishes, in which Margaret Lockwood's train-bound traveler tries to solve the disappearance of an elderly passenger; and another of the director's prized British imports, The 39 Steps (1935), a briskly paced adventure starring Robert Donat as a dapper young rube who stumbles onto a dangerous espionage ring.

3. The Princess Bride
Where:Castro Theatre, 429 Castro St., 415-621-6120
When: Jan. 7
Why: Midnites for Maniacs begins its triple-feature tribute to swords and sandals with Rob Reiner's timeless fantasy The Princess Bride (1987), a smart, endlessly amusing fable featuring iconic swashbucklers (Mandy Patinkin, Cary Elwes), a damsel in distress (Robin Wright), the evil prince who covets her (Chris Sarandon), and a gentle behemoth endearingly portrayed by the late Andre the Giant. To miss its long-overdue return to the big screen, followed by Terry Gilliam's Time Bandits (1981) and the 1983 Conan knockoff Deathstalker, would be inconceivable.

4. Rabbit Hole
Where: Embarcadero Center Cinema, 1 Embarcadero Ctr., 415-352-0835
When: All Week
Why: John Cameron Mitchell (Hedwig and the Angry Inch) directs Nicole Kidman and Aaron Eckhart, playing a couple coping with the recent loss of their four-year-old son, in this thoughtful, cautiously upbeat adaptation of David Lindsay-Abaire’s Pulitzer Prize-winning play. Rather than wallowing in their misery, which threatens to drag them down but not the movie, Rabbit Hole focuses on the healing processes that divide parents so consumed by individual grief that neither is attuned to the other’s needs. It's not easy to watch, but even at its most agonizing, the movie sounds no false notes.

5. True Grit
Where: Sundance Kabuki Cinemas, 1881 Post St., 415-929-4650
When: All Week
Why: Those probing Joel and Ethan Coen's latest offering for some deeper meaning, perhaps something in the vein of the poetic nihilism of 2007’s No Country for Old Men, might be disappointed. True Grit is neither a deconstruction nor a reinvention of the Western; it is, rather, a worthy addition to a venerable genre – a classic adventure, a road movie set in the roadless countryside, as much a black comedy as a sly meditation on violence.

6. The King's Speech
Where: Embarcadero Center Cinema, 1 Embarcadero Ctr., 415-352-0835
When: All Week
Why: Colin Firth (A Single Man) should land himself at the forefrunt of a second consecutive Academy Award race with his funny, moving and linguistically challenging performance as Bertie, the tongue-tied son of King George V whose ascent to the throne is complicated by his stammer. Enter Lionel Logue (Geoffrey Rush, also Oscar-bound), an unconventional speech therapist who pushes Bertie to realize his potential and becomes his best friend in the process.

7. Animal Kingdom
Where:Opera Plaza Cinema, 601 Van Ness Ave., 415-771-0183
When: All Week
Why: Families don't come more dysfunctional than the Codys, whose reunions always seem to spark a crime wave. When a rogue cop murders a member of their close-knit but combustible clan, 17-year-old Josh (newcomer James Frecheville)is drawn into the thick of a revenge plot that forces him to choose between the vipers in his midst and the possibility of a future. Overlooked at the time of its August release, Australian director David Michôd's blunt-force drama is also one of the year's most harrowing.