When Franco and Maico Campilongo opened their Southern Italian restaurant Terún in downtown Palo Alto in 2013, their swift success caught the attention of the Italian press.

Journalists from Corriere della Sera in Milan, La Repubblica in Rome and others celebrated the exploits of the brothers, who hail from the Calabrian town of Scalea. Readers weighed in as well. Most of them cheered. A few of a more cynical cast suggested that the pair could only have succeeded with the blessing of local gangsters. Not to rain on the latter's parade, but the Campilongos and their partner, the Apulian chef Kristyan D'Angelo, can manage very well on their own. Case in point, their latest venture, Italico, which opened this past July just a stone's throw from Terún.

According to Franco Campilongo, Italico is the Italian equivalent of the ancient Greek word Italói, used to refer to the first inhabitants of the Southern Italian peninsula that would later become known as Calabria. More pan-Italian than its sister restaurant, Italico is distinguished by a curious fact: It is the first restaurant in the U.S. to construct a menu around a new breed of dried Italian pastas made from wheat grown exclusively in Italy. For the sake of brevity, these pastas, made by Felicetti, Rustichella d'Abruzzo and other small pastifici, have unique aromas and flavors that will change the way you think about this seemingly pedestrian food. If you care to learn more about the phenomenon, you may do so here. 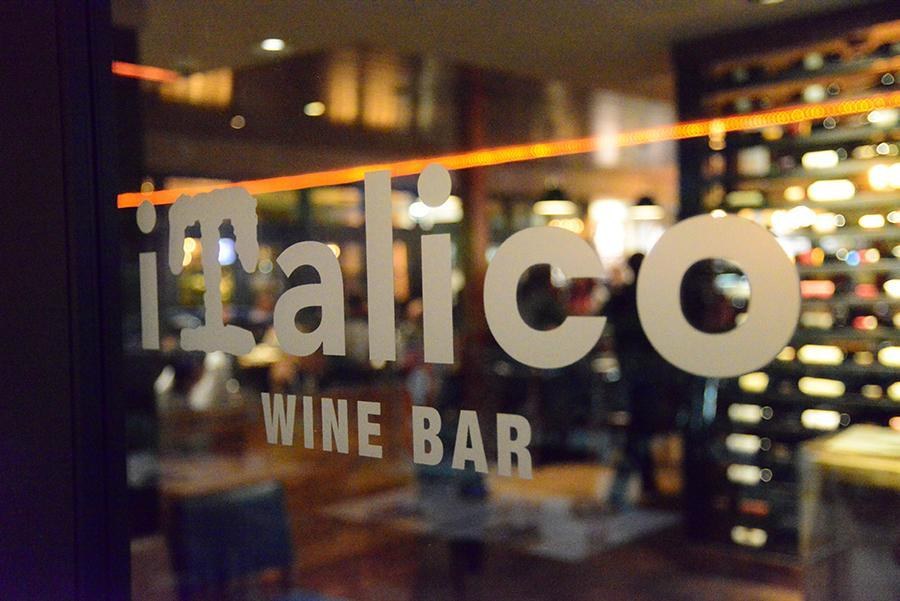 Italico, the sister restaurant of Terún in downtown Palo Alto, opened this past July. (Nick Czap) 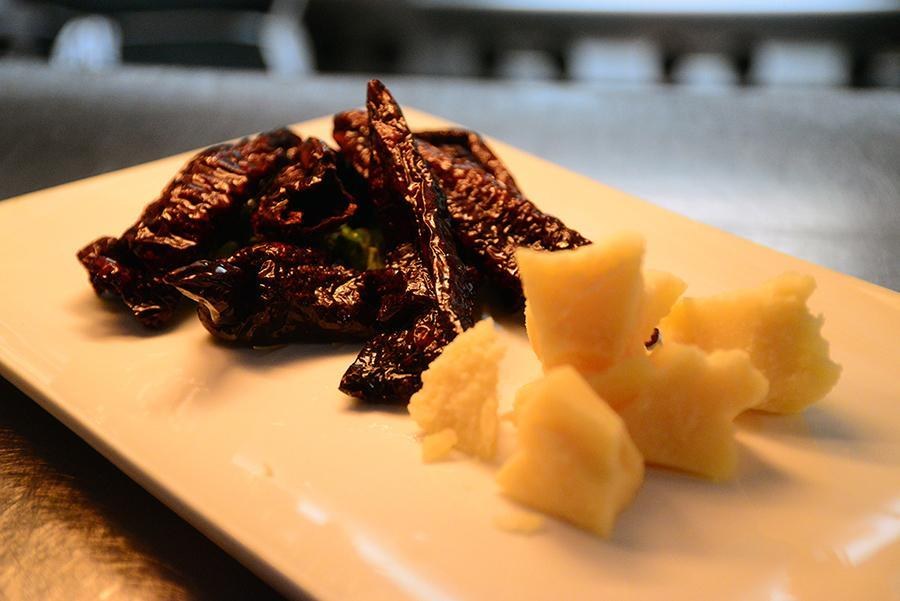 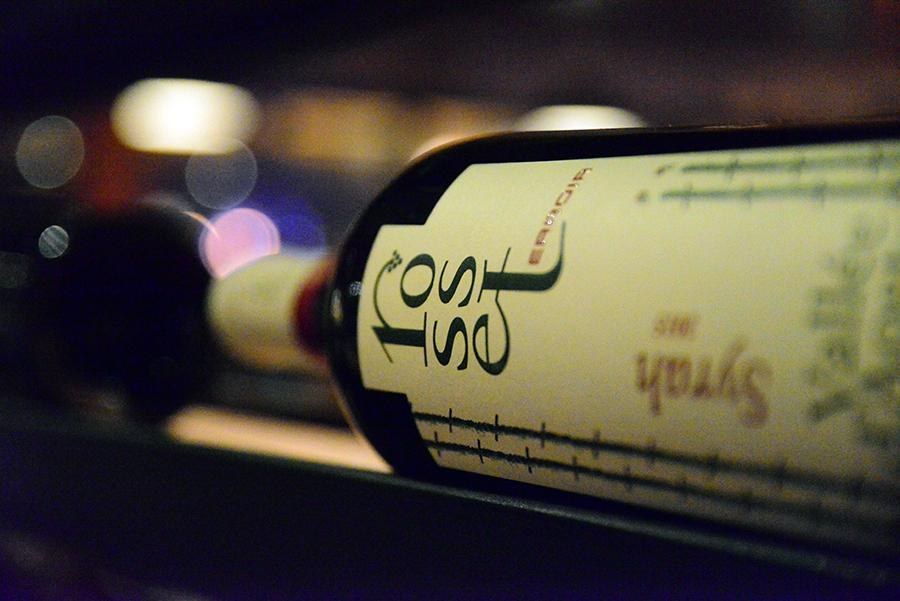 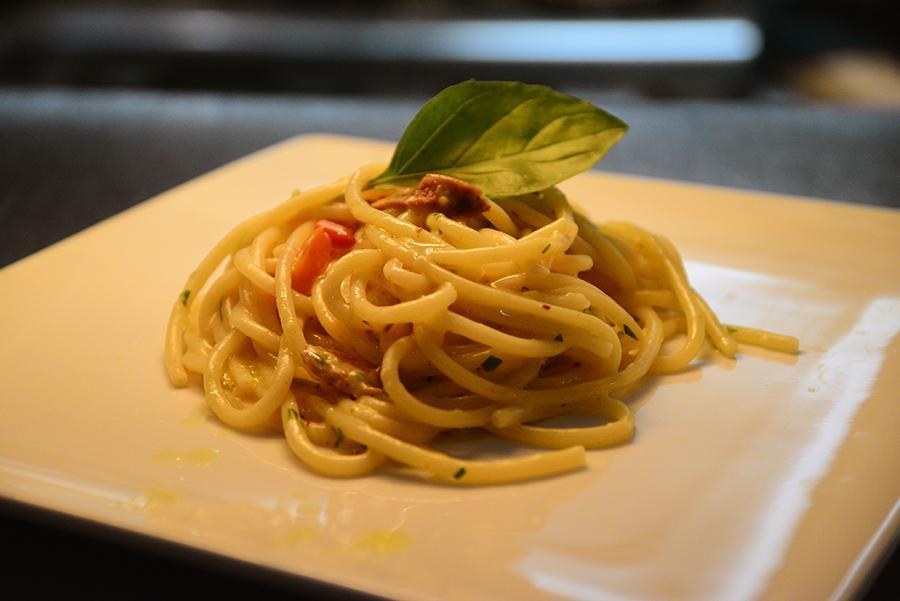 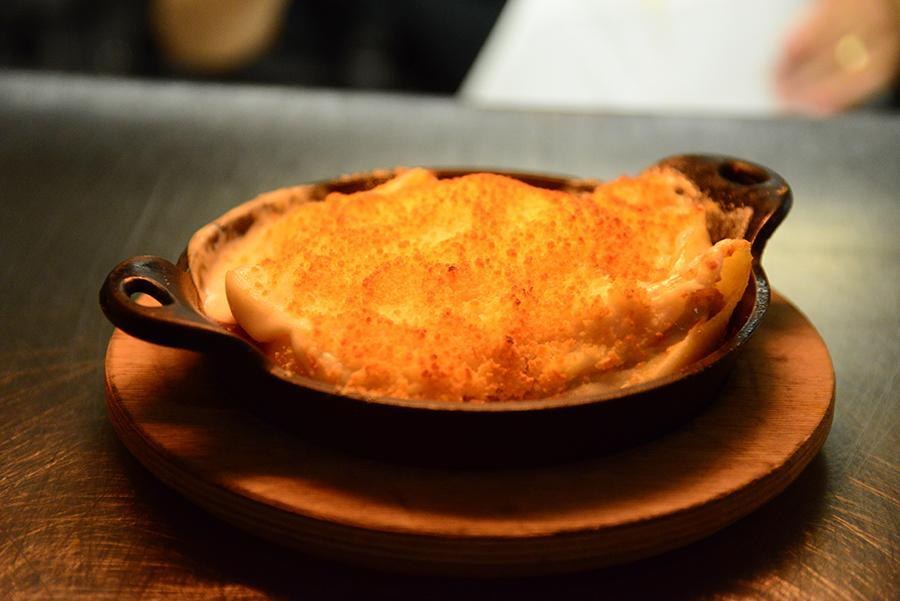 Conchiglioni pasta (from Pastificio Felicetti) filled with ground pork and beef, and topped with mozzarella and Grana Padano. (Nick Czap) 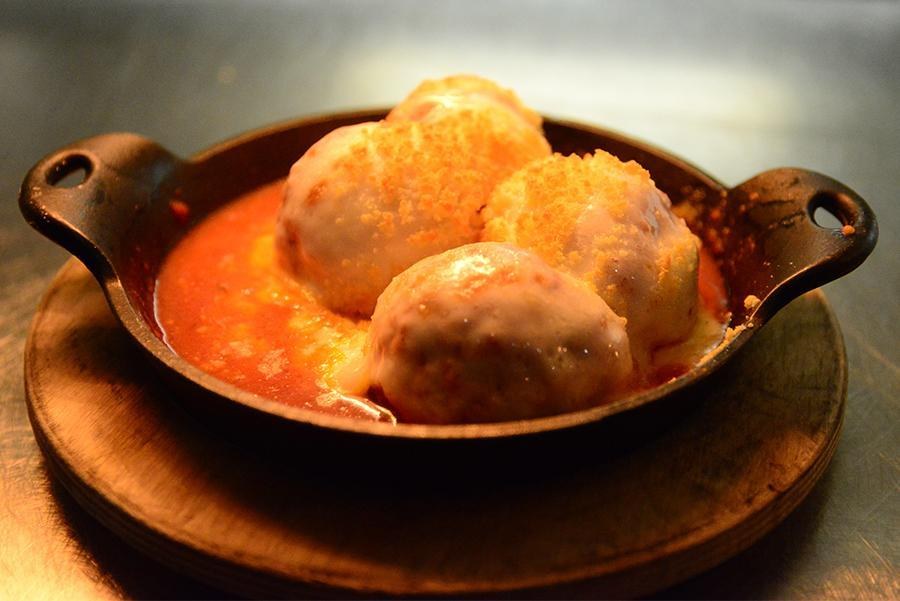 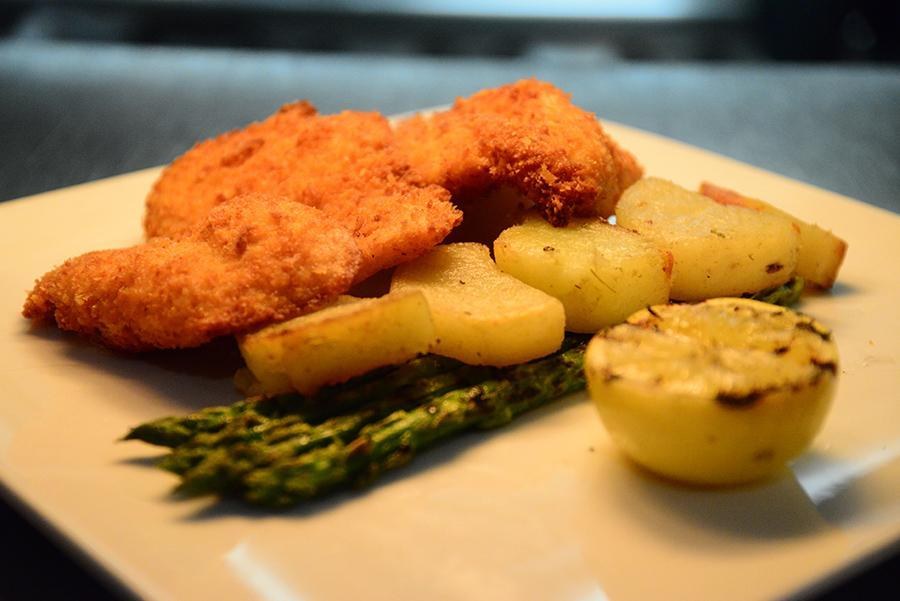 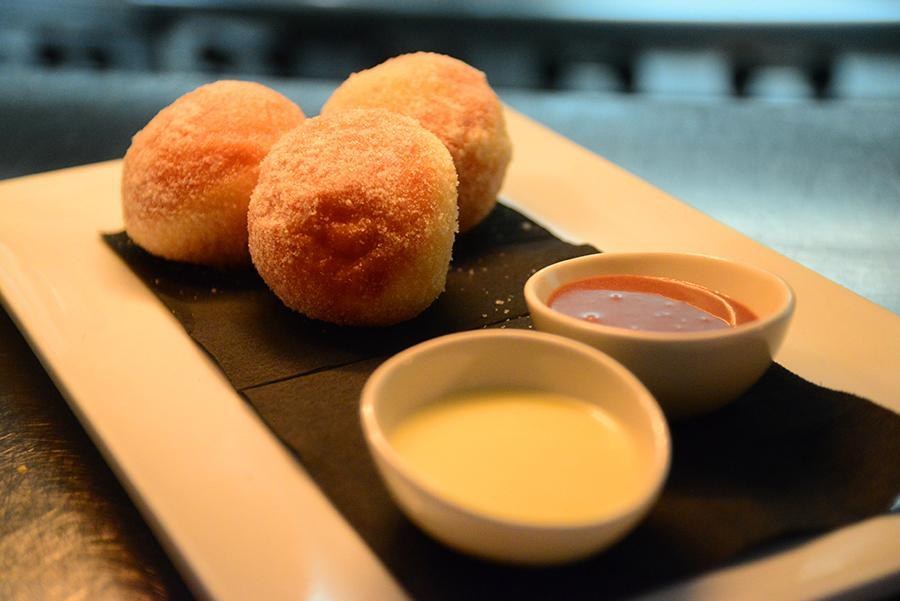 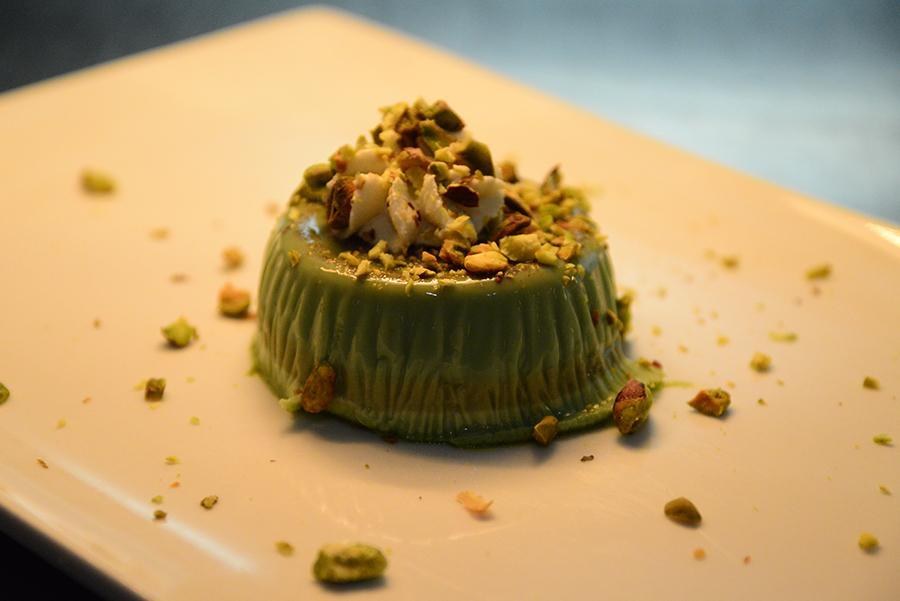 On a recent evening, dinner began with a newly devised and addictive appetizer: flash-fried dried Calabrian peppers and wonderfully big hunks of Grana Padano. The peperoni had an aroma reminiscent of toasted marshmallows, a delicately crispy melt-in-your-mouth texture akin to potato chips, and an intriguingly complex flavor at turns sweet, salty, smoky and fruity. I found myself struggling to maintain an air of casual detachment as I reached for one after another, after another.

Next up, a crudo of Sicilian smoked swordfish dressed with extra virgin olive oil, lemon and garlic, and garnished with a little mound of micro-arugula. Imagine a piscine version of Prosciutto di Parma, and you have some idea of the taste. At this point, wine intervened in the form of a lovely Schioppettino, a peppery-spicy violet-ruby D.O.C. red from Cantarutti, a small producer in the Colli Orientali del Friuli appellation of Friuli-Venezia Giulia.

From the menu of pastas, which numbered 10 in all, I chose penne, made from organic farro grown in Umbria, in an earthy, savory and slightly spicy sauce of tomato, eggplant and Calabrian peppers. My dining companion, meanwhile, dug into a bowl of toothsome rigatoni with pea purée, pancetta and Grana Padano—a dish D'Angelo adapted from one of his grandmother's recipes.

The secondi (pollo milanese, ossobuco, et al.) looked spectacular, but in the interest of moderation, we moved straight to dessert: bomboloni—small, spherical donuts, pleasingly yeasty and lightly sugared, with little bowls of chocolate and lemon sauce for those with a penchant for dunking; and a pistachio panna cotta, an enchantingly jiggly custard topped with fresh pistachios and crumbled amaretto cookies. A delightfully sweet end to a delectable evening.