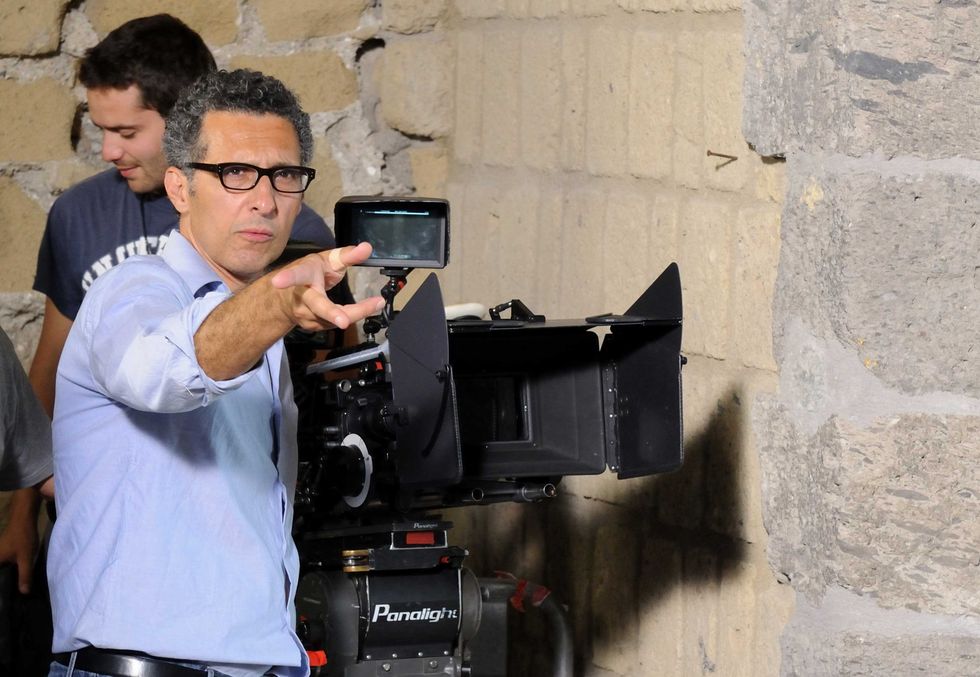 It is a typically frantic morning in New York’s theater district, where this evening John Turturro will pay tribute of sorts to two collaborators past: Woody Allen, for whom he played a writer in Hannah and Her Sisters, and Ethan Coen, who cast the Brooklyn native in movies including Barton Fink, Miller’s Crossing, The Big Lebowski and O Brother, Where Art Thou. Yet Turturro will never take the stage.

After supporting turns in this summer’s Transformers: Dark of the Moon and Pixar’s Cars 2, he has returned home to direct Relatively Speaking, a collection of three one-act comedies by Allen, Coen and Elaine May. At the same time, roughly 3,000 miles to the west, Passione, his heartfelt love letter to Naples, Italy, and its rich musical heritage, is about to begin a two-week run at the newly opened San Francisco Film Society-New People Cinema on Post Street.

Whatever role you associate with Turturro the actor – Pino, the paranoid, race-baiting son of a pizza maker in Spike Lee’s Do the Right Thing; Simmons, the eccentric patriot of Michael Bay’s Transformers; or Jesus Quintana, the shit-talking, kid-touching bowling enthusiast from Lebowski – you are probably less familiar with his work as the director of acclaimed indie dramas Mac and Illuminata, as well as the musical comedy Romance & Cigarettes.

Although those earlier efforts found Turturro working off screenplays he conceived – or in the case of Illuminata, co-wrote with playwright Brandon Cole – Passione was an idea pushed by producers who recruited the sometime director largely on the strength of Cigarettes, in which stars not known for their musical talents (James Gandolfini, for one) belt out hits by Engelbert Humperdinck, Tom Jones and Bruce Springsteen.

The movie, from 2007, did “very, very well" in limited release in the U.S., says Turturro, and even better in Italy, where musicals are more popular. Turturro believes he was onto something with Cigarettes, and that the movie might have made a serious impact with “proper distribution.” So taking on Passione was, in his view, a no-brainer.

“Directing is arduous, but doing Passione was a lot of fun because I was working with musicians, and I didn’t have to tell them how to perform,” says Turturro, 54. “I just put them in different places and let them do what they do best. They already know the song, and they know how to tell a story, so you sit back and see what you get.”

What he got is what Italians call “sceneggiata,” a story built around songs, which early Neapolitan musicians used to establish themselves as bona fide actors. Turturro was immediately enamored with the concept, and put himself to the near-impossible task of selecting 23 musical numbers for the movie, which borrowed its structure from Wim Wenders' Buena Vista Social Club.

“The performers in Passione aren’t just singing,” he says. “They’re telling a story like a great actor would, but with music. Some of them I knew coming in, and some of them were introduced to me by [musicologist] Federico Vacalebre,” with whom Turturro wrote a bare-bones outline of the movie.

“Once I saw what I had – a remarkably talented group – I decided to let them tell the story for me, rather than repeatedly doing 30 seconds of music followed by two minutes of talking. That’s how this kind of movie is usually done, but to me, a song is a story, and it shows you a window into a place. It expresses the soul of an era or an area or even a social class, and so I trusted in that. It’s transporting.”

Turturro realizes the musical is on life support in America, at least insofar as its place in the cinematic landscape. But it doesn’t have to be, he says. American Idol and Dancing with the Stars prove there’s an audience for it, he believes, though he dismisses those shows as “kid’s stuff.”

But the actor – whose mother was a singer, filling his childhood memories with “classical, pop, jazz and Janis Joplin” – says the key to reinventing the big-screen musical is for Hollywood studios to change their approach.

“[The musical] could easily be revived, but it can’t be revived by doing Nine or even Chicago,” he says. “It has to be something different, made for audiences today. I don’t see Passione as a documentary so much as it’s a musical adventure. When you take popular actors and ask them to learn songs for a movie, it’s not the same as having real musicians who use song as a means of expression. It’s not the same thing as Gene Kelly, Fred Astaire, Judy Garland or Frank Sinatra. Those people had chops.

“When they put something out there, it was like, ‘Wow!’ They spent 20 years or longer doing it, and Fred Astaire didn’t need 17 takes to cut a full-body dancing shot. Sometimes you catch lightning in a bottle, like John Travolta learning to dance for Saturday Night Fever, working really hard and showing his full body in motion. People loved that, and people love music, because music is almost an extension of Greek tragedy, which had choruses and songs balanced with the drama. So there’s a way to keep the musical vital, but not the way studios want to do it, taking something like Rent and just making it into a movie.”

Passione is now playing at the SFFS-New People Cinema on Post Street. For tickets and showtimes, click here.