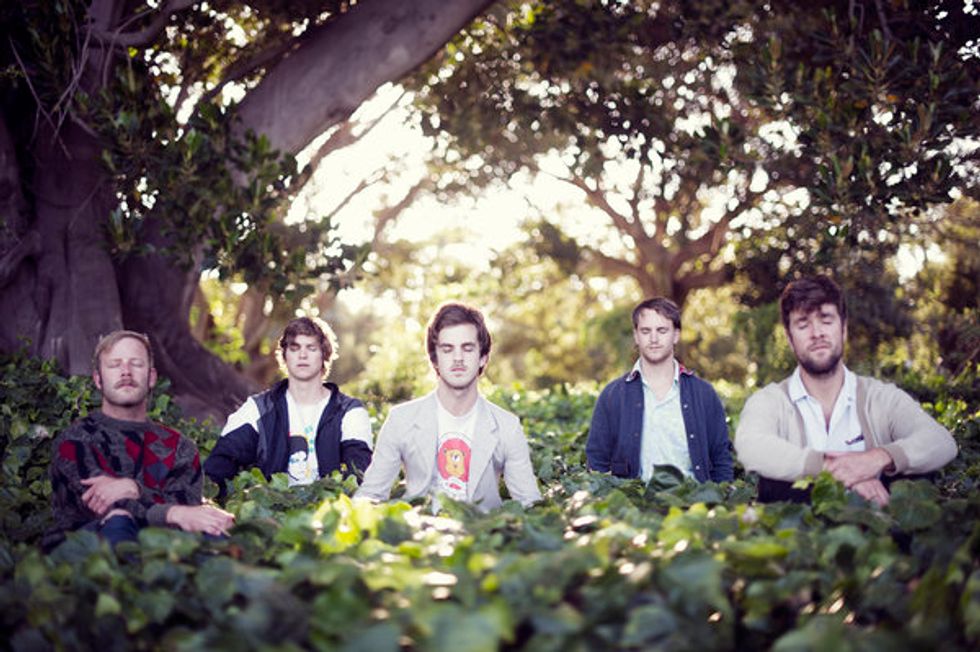 Noise Pop is officially around the corner! The meat of the festival is next week, but the launch party is going down this Thursday at California Academy of Sciences. See below for more details.

Wednesday: Quasi at The Chapel

Indie rock trailblazer Quasi are releasing their ninth album, 20 years into a remarkable career. The band has never felt compelled to bend towards any trends—they’ve always just been themselves. Which is to say, they’ve been weird. Extremely weird. Their latest album, Mole City, finds the band filling the pores of the music world.

This is your official Noise Pop kick-off party! Start the fest off strong with the most promising indie rock band to emerge from the central coast in years, possibly decades. Gardens & Villa are earning fanatical and critical followers whenever they turn on the equipment, the most recent example being their 2015 LP Music For Dogs, which PopMatters called one of the best rock records of the year.

Not all artists truly embrace the camaraderie of music creation and consumption. ATB recently started up a crowd-sourced mix series dubbed “Synthesis,” which we’ll let him explain: “As much as I love creating records, music discovery is just as important to me, ATB told Dancing Astronaut. “As an artist and DJ, I have shared my personal tastes with my fans, but this time, I wanted to open that into a two-way dialogue.” Submit your suggestions here.

Can someone please get Felix Da Housecat and Thom Yorke in a room together? The internationally adored producer/DJ out of Chicago recently told Your EDM Yorke would be his dream collaborator. He’s not alone, to be sure, but the thought of these two gifted virtuosos working on a track together blows the mind wide open.

Long regarded as one of Northern California’s most daring acts, Sacramento hardcore punk band Trash Talk once again proved its forward-thinking wares by signing with hip-hop label Odd Future Records a few years ago. And it’s paid off. The band has expanded its audience by hitching wagons with label-mate Tyler, the Creator and his pop-culture resonance.