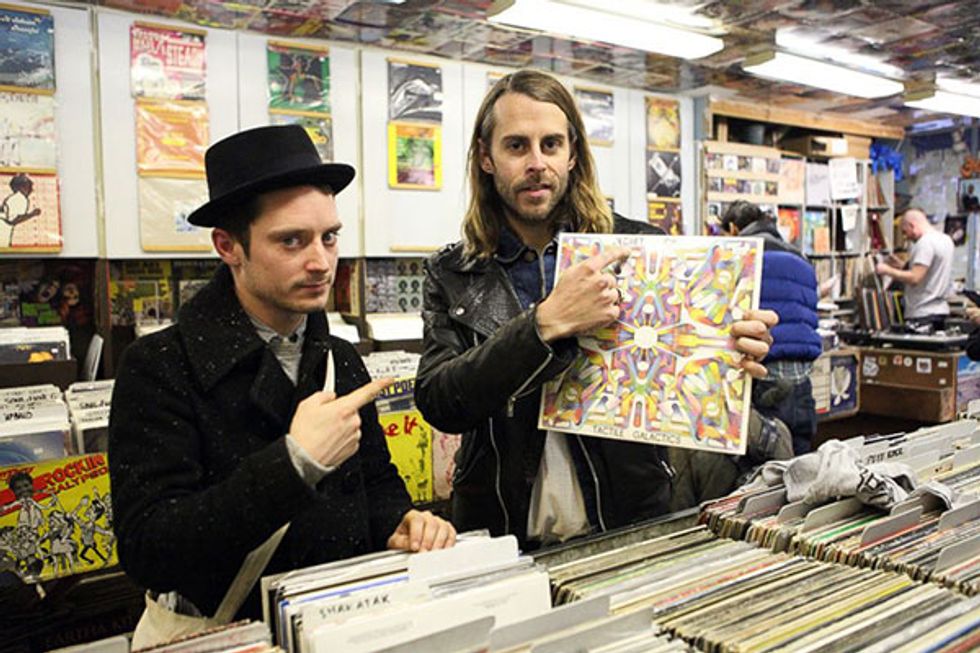 All praise the Redditor who is collecting Fauxchella concert links in this Subreddit (bookmark that sucker!). Be a pal and add links to any Bay Area shows involving 2016 Coachella acts when you see ‘em, for our collective reference!

Self-described “politically militant rapper” Stic, aka Khnum Ibomu, is so Oakland. In 2013, he penned a piece for the Huffington Post titled “7 Ways to Eat Good on a Hood Budget,” with subsections such as “Choose Produce Not Packages,” Cook Big and Save Some for Later,” “Soup Up Your Options,” and “Make a Plan and See Where Ya Values Are.” The post is actually super insightful and helpful for anyone on a “I Pay Rent in the Bay Area” budget. The bottom line? “Health food is simple and is the least expensive, most nutrient-dense food in the grocery store -- basically fruits and vegetables, beans and simple whole grains.” // January 14: Doors opens at 9:45pm, show at 10pm, 510 Embarcadero West (Oakland); $25, Get tickets here.

DeVotchka’s hit parade includes everything from a cover of a Russian cabaret piece (“Dark Eyes”), to freak-dance number (“Curse Your Little Heart”), to the beautiful, poignant ballad (“100 Other Lovers”). On this tour they’ve been covering Velvet Underground’s “Venus in Furs,” which in itself should be worth the price of admission. // January 14: 8pm, 859 O'Farrell Street (Tenderloin); $26, Get tickets here.

Remember Mr. Brainwash, the “artist” who may or may not have been Banksy’s right-hand man during Banksy’s breakout years? In a stroke of marketing genius, Mr. Brainwash is collaborating with the next big phenomenon! The producer-DJ in question is Kygo, a Norwergian wunderkind-gone-global. According to Your EDM, the show will include Mr. Brainwash T-shirt designs, live art installations and more. // January 14 & 15: 8pm, 99 Grove St (Civic Center); Get tickets here.

Rebirth Brass Band shows are less of a concert than an experience. To call this music a rebirth isn't far off—to the initiated, Rebirth shows are perception-altering moments, reminding us there’s still a place for energy and genuine enthusiasm in an era of chiller-than-thou indie rock show culture. See for yourself! // January 15 & 16: Doors open at 8pm, show at 9pm, 859 O'Farrell Street (Tenderloin); $27, Get tickets here.

Friday: Langhorne Slim and The Law at Independent

Langhorne Slim is growing up before our eyes, and he’s the first to admit it. He’s moving past troubled days, and trading in the B.S., but not pretending it didn’t happen. “You need it all to get where you’re going, I suppose,” Slim told WUNC. “At this point in my life, the idea was to remain wild but to refine the wildness. Not to tame or leash it, but to get more out of the stuff, more out of that soul and that spirit.” He channels all of it in his new acclaimed album The Spirit Moves, a collection of songs that capture the struggle of forging an identity, all brilliantly told in Slim's exceedingly singular voice. // January 15: Doors open at 8:30pm, show at 9pm, 628 Divisadero St (Western Addition); $20, Get tickets here.

This is not a joke! Everyone's favorite hairy-footed friend, Elijah Wood will be spinning a set at Harlot this Friday. The actor has for some time been running his own record label, notes the Chronicle, and five years ago he started spinning vinyl with established Los Angeles DJ Zach Cowie under the name Wooden Wisdom. The performance is the penultimate stop in a five-city tour for the duo. // January 15: 9pm, 46 Minna Street (SoMa); $15, Get tickets here.