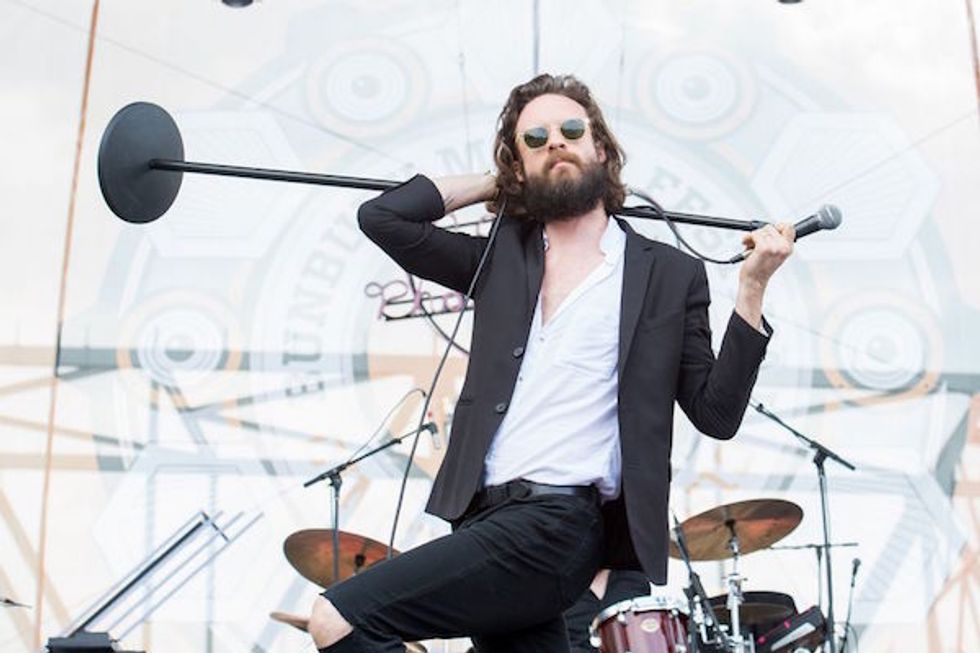 It's almost the time of year when visions of Outside Lands lineups start dancing in our head. These shows will have to keep you pumped until then.

Guitar-pop wunderkind Alex G wears multiple hats—not out of necessity, but because he’s clearly multi-talented. He self-directed the video for his latest single, “Mud,” and it’s almost impossible to say which is more compelling: the audio or the visual (see below). Meanwhile, buzzband of the moment and co-headliner Porches, has earned praise from the likes of Pitchfork, Uncut, AllMusic, and beyond. // $15-18, Get tickets here.

Wednesday: White Denim at The Independent

These guys rock so hard with straight Austin gumption. The band’s latest album, Stiff, represents another Texas-sized leap forward. The Guardiancalled it the band's "most soulful, joyful work yet," and it’s hard to argue. Check out the audio for their single “Ha Ha Ha Ha (Yeah)” below. // $20, Get tickets here.

Thursday: Too $hort at Fox Theater

It’s been TWENTY YEARS since Too $hort uttered the words “that's right, album number ten, Short Dawg's in the house / It's gettin' close to the end y'all / But we gonna kick it like this on the last album.” Too $hort lied to us. // $40-$50, Get tickets here.

I've never witnessed the showmanship of Robert Plant in person, but I have to imagine it's quite similar to seeing Father John Misty shimmy his svelte hips and make out with his mic with no regard for conservative sensibilities. // $35, Get tickets here.

Saturday: Afrolicious at The Chapel

Over the decades, brothers Joe and Oz McGuire have grown Afrolicious into a sprawling collective, a 12-member strong band that celebrates California vibes with funk and verbal gymnastics. The Afro-Latin crew has become a staple of Mission venues over the years, and we’re absurdly lucky to have that tradition continue amidst the neighborhood’s constantly changing venues. // $18-$20, Get tickets here.