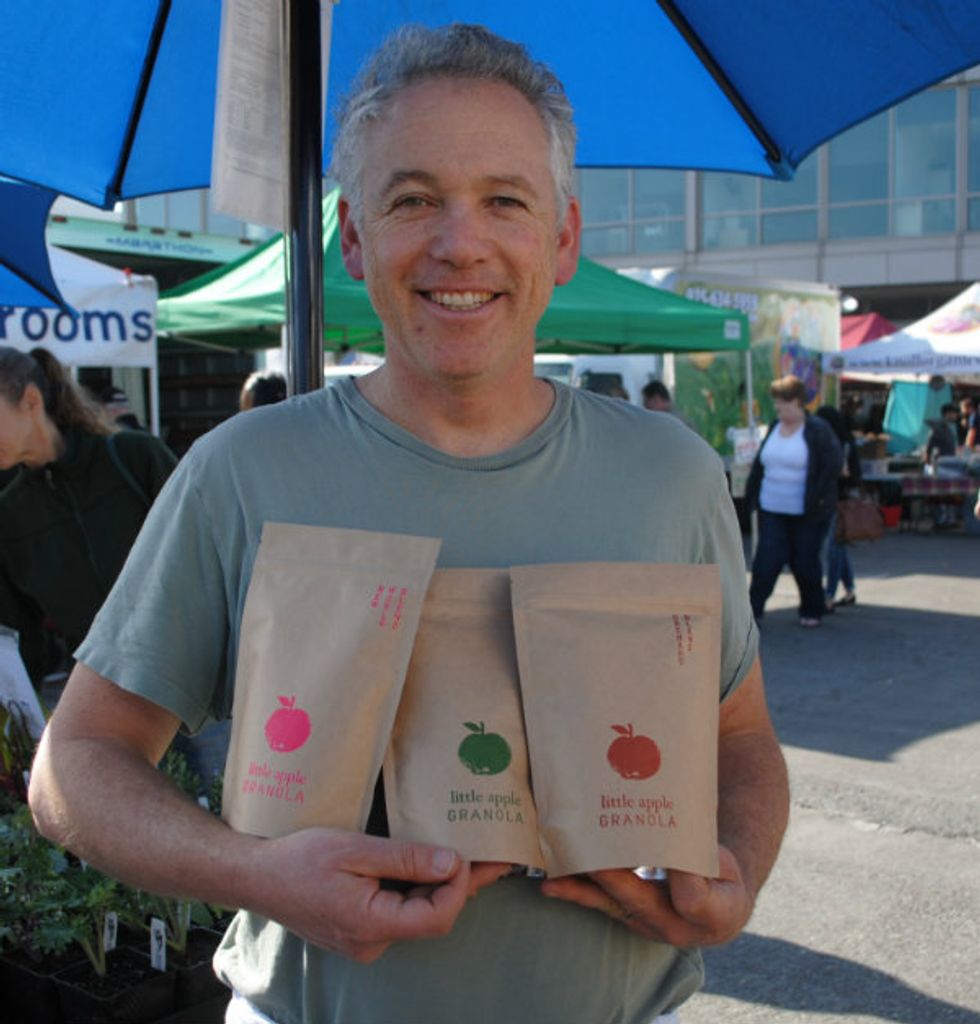 In 1999, Dan Lehrer and his wife Joanne Krueger (of Flatland Flower Farm), moved to Sebastopol and took over a small apple orchard. They then converted the land to organic, planted new varieties of heirloom apples and erected three greenhouses on the property to grow plant starts. Their apples are harvested in late summer, and for much of the year they offer edible, native and rare plant starts to market shoppers.

To diversify their business and extend the apple harvest, Dan and Joanne have recently turned to value-added products. Last year, Joanne began testing recipes for granola made from their organic apples and other ingredients sourced from fellow farmers at the Ferry Plaza Farmers Market.

After much experimenting, Dan and Joanne debuted three varieties of their Little Apple Granola this winter—New World Blend, Orchard Blend, and Hill + Hollow, which Joanne recommends using as a topping for an apple crisp or in lieu of regular oats in oatmeal cookies. With help from a successful crowd-funding campaign, they’ve been able to purchase a second apple dehydrator and expand their production. In addition to the granola, they make apple bark from a mix of their dried apples, toasted almonds, walnuts and organic dark chocolate from TCHO. The bark is sprinkled with Jacobsen vanilla sea salt and topped with an heirloom apple chips.

Little Apple also makes apple cider caramels and oatmeal cookies made with nubs of TCHO chocolate and dried apples instead of raisins. The caramels are made with juice hand-pressed on the farm and topped with a sprinkle of apple powder, toasted organic almonds and a sprinkle of sea salt. In addition to apple cider caramels, they will also offer a rotating variety of seasonal and unusual caramels like Candy Cap mushroom caramels and caramels made with unrefined piloncillo sugar and dried prickly pear cactus sourced from Rancho Gordo New World Specialty Foods (my personal favorite).

Does Dan have a favorite Little Apple product? “I can’t pick one,” he told me, “mostly because I love all my children equally – but also because they are all so tasty that it really varies from day to day depending on my mood.” Stop by the Little Apple Granola stand on Saturdays to sample Dan and Joanne’s products and find a favorite or two for yourself.