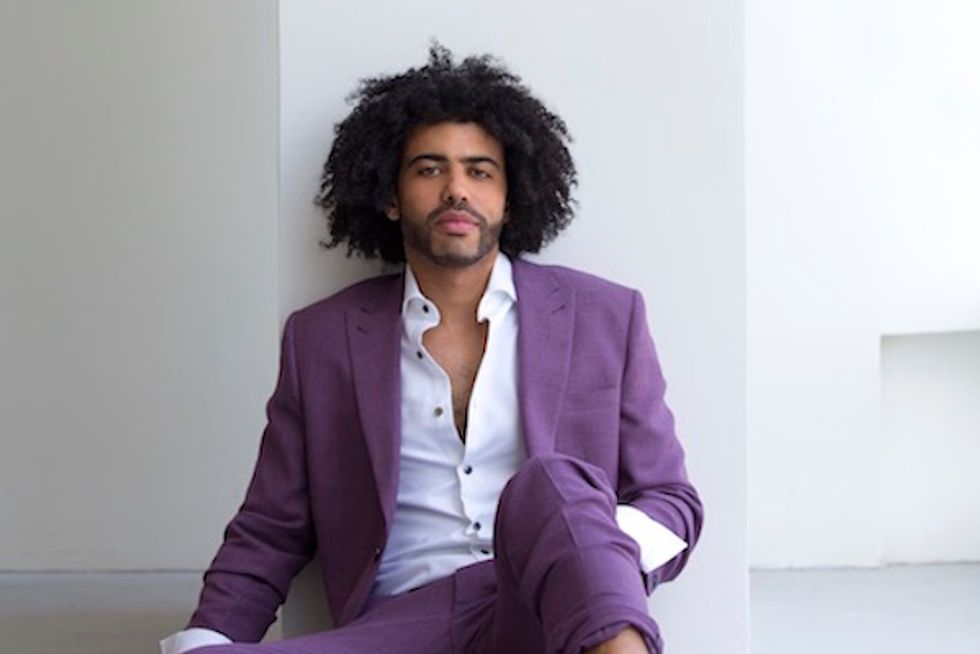 Bay Area theater freaks collectively swooned this month when it was announced that Broadway's runaway hit musical Hamilton, a multi-ethnic rap-based telling of America's founding fathers, is coming to San Francisco in 2017. The play may have gotten its start in New York, but in some ways, the SF run represents a homecoming: Rapper Daveed Diggs, who plays two lead roles (Marquis de Lafayette and Thomas Jefferson) is a native and diehard advocate of Oakland.

Diggs is well known in certain elite circles: He's performed for President Obama (twice), the Clintons, and Beyoncé and Jay-Z to name a few. But the son of a Jewish, former-DJ mother and a MUNI bus–driving father has deep roots in the East Bay. Early influence found in Oakland's hip-hop and hyphy cultures gives Diggs a particularly liquid tongue: In his role as Marquis de Lafayette, he perfectly nails one of the fastest rap solos in the history of the genre.

But, Diggs had no New York acting experience before being cast in what's become the hottest show on Broadway. We caught up with the rapper-cum-actor, currently in Manhattan, to find out how he made it made happen, how his Oakland upbringing influences the musical itself, and why he thinks the Bay Area will crazy love Hamilton.

7x7: What will Bay Area audiences like about Hamilton?

DD: The show is super multi-ethnic. All the parts, except for King George, are played by people of color. And that sounds like it should be a thing, but after the first two seconds of the play, it doesn’t matter at all. And the same thing with the rap music in it, right? It is ludicrous to me that it has taken this long for rap music to become a standard part of the theatrical vocabulary, because it’s a standard part of every other vocabulary. It’s on commercials all the time; it’s just what popular music sounds like. Those are the things about the show that, from my experience in the Bay Area, find interesting. The place prides itself on multiculturalism, and this play really embodies that.

7x7: How does your local hip-hop breeding influence this performance?

DD: In the Bay [Area], we breed nimble-tongued rappers, and we also over-enunciate; we hit our Rs really hard. When Lin-Manuel Miranda (Hamilton’s creator and lead) first started working with me on this show, he was like, “Great, I can write things that are faster...because you can do that.” So, I get a lot of really good, fast rap moments [in the show]—stuff that plays to my strengths. Being from the Bay and working with people like Rafael Casal, that’s why I can do that. It’s what rap music has always sounded like to me. While Lin was listening to A Tribe Called Quest and Biggie, I was listening to E-40 and Keak Da Sneak. Those were my major influences at the time. It allows me to bring some of that to the table.

7x7: Would you say you bring a hyphy influence to your portrayals of Lafayette and Jefferson?

With Lin-Manuel Miranda, onstage in Hamilton (Photo courtesy of Hamilton)

7x7: You're an Oakland artist now living in New York. But you once told me, “You take Oakland with you.” What does that mean for you?

DD: I don’t get to do Hamilton without knowing Rafael Casal. Or Bill Hutson and Chinaka Hodge. And none of it happens without Oakland—that’s the city that I take with me everywhere I go. I’m very proud to be from there. It’s nice to be in a room full of New Yorkers and to be from Oakland, and to be holding my own, bringing an energy into the pot that they didn’t really know existed. [Oakland is] so overlooked in terms of being a real viable commercial arts community. But it is. So many great artists come from there. So I’m gonna keep shouting it all the time. It’s kinda my thing.

//  The Hamilton national tour is scheduled to begin in San Francisco in March 2017 at the SHN Orpheum Theater. Tickets go on sale this spring.