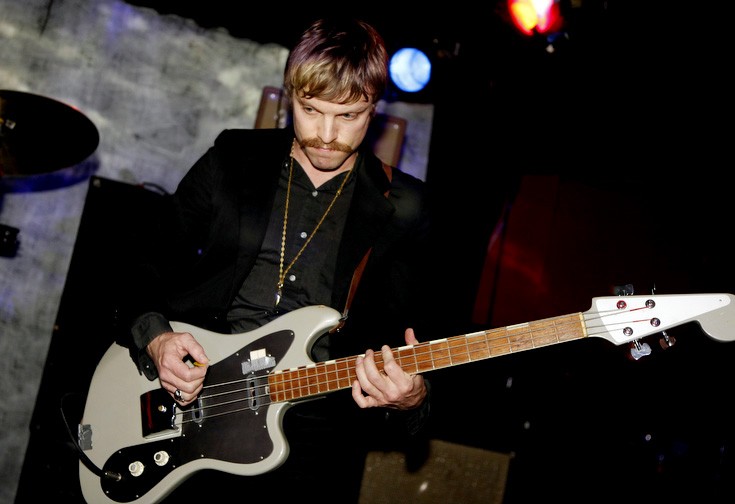 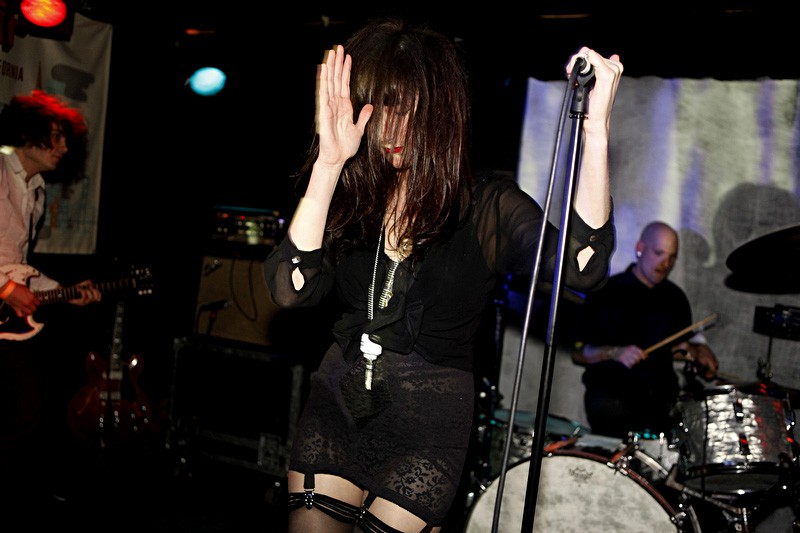 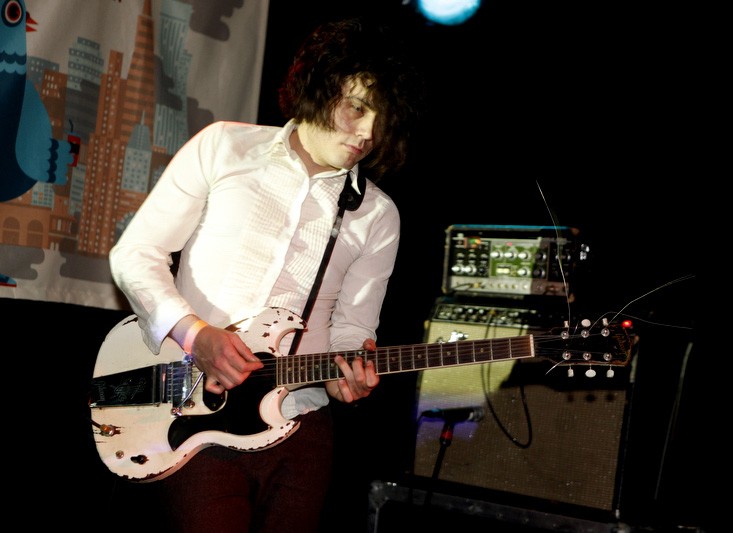 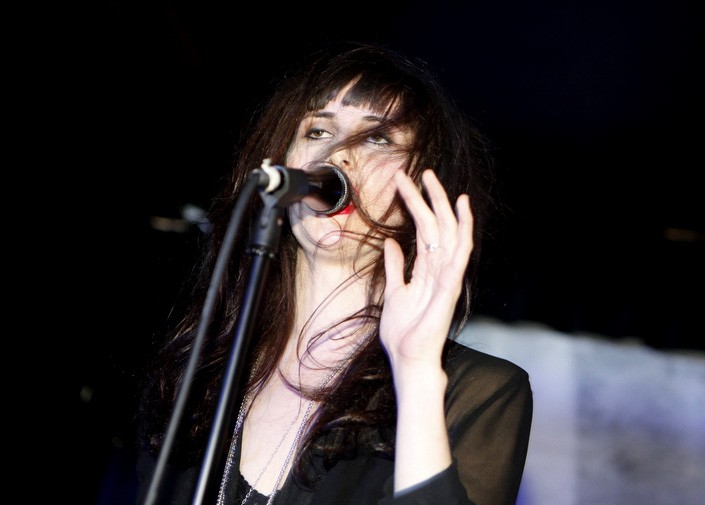 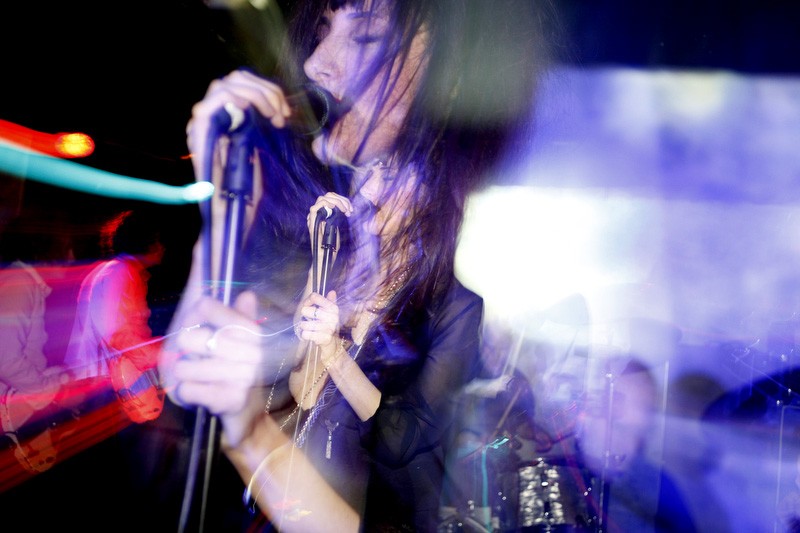 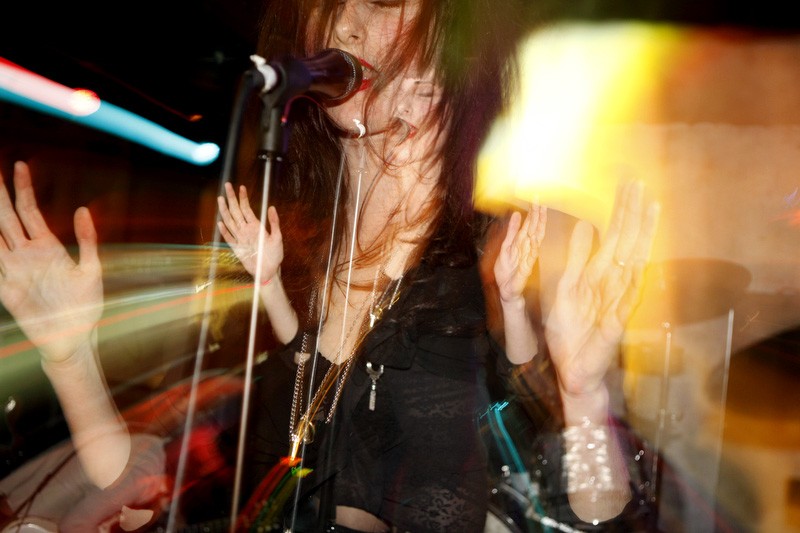 Atmosphere seemed to be the collective concern of each of the four acts of Friday night’s Café Du Nord roster, one of the most fervently anticipated line-ups of this year’s festival and one of the first to sell out. The evening was all about setting a mood, which swayed between pop-coated angst and haunted beauty as each of the four very different acts took the stage. While a strong start energized the packed house, technical glitches marred the mood of hyped headliner Tamaryn and her ethereality, and listeners were left wishing for a little more of the romance that was captured so compellingly on her recordings.

Oakland’s own Wax Idols brought adrenaline with their post-punk battle chants, evoking a female-fronted hybrid of Christian Death and The Fall. Frontwoman Heather Fedewa has more swagger than many of her male contemporaries, and the Idols' bratty anthems made foot-tappers of even the most stoic observers, who were just beginning to fill the room at their 8 pm-sharp set time. The Soft Moon followed and nearly stole the show with their stirring injection of shiny coldwave, swallowing the audience into their concoction of whirring riffs, machine beats, and eerie black-and-white projections. Tracks like “Tiny Spiders” and “Dead Love” proved simultaneously danceable and anxiety-ridden, and, in spite of their throwback quality, have managed to freshen their industrial and Manchester influences.

Edges softened when The Black Ryder took the stage. Like Tamaryn, they hail from Down Under (Australia to her New Zealand) and as a result of their notoriously laid-back island of origin, their undulating, pachydermic psych-rock was like a languid foray into an opium den. By the time the night’s leading lady (her name serving as the synecdoche for a full band) took the stage, the crowd – literally and figuratively intoxicated at this point – seemed eager for greatness.

Tamaryn’s recent album The Waves graced quite a few end-of-year lists, and this was only her second show in her home base of San Francisco since its release. The moody siren took the stage in a gauzy black outfit and an aloof expression while abstract, painterly visuals created a hypnotizing landscape behind her. After opening with the pulsing “Sandstone" and single “Love Fade”, she quickly realized her vocals were damaged by distracting sound problems that left them weak and warbling. The irritation was visible on her face, and her repeated interruptions insisting that the sound booth “crank it” added unwelcome tension to the lush dream pop that we came to hear. When the setbacks were fixed, the remainder of her show was virtually immaculate, but that didn't halt her frustration from filling the collective space and dissolving some of the mystery behind her croons. In this case, ambience was everything.