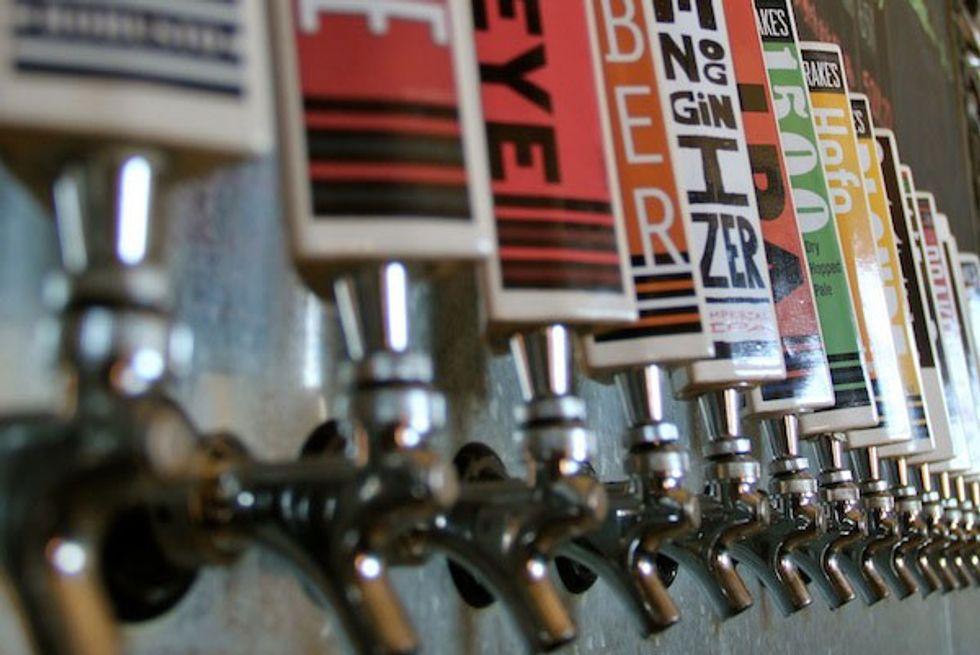 Nearly two years in the making, the long-awaited Drake's Dealership brewpub, from the team behind Drake's Brewery and Jupiter pub in Berkeley, will open in early August.

The enormous temple of beer is located in The Hive, Oakland's burgeoning mixed-use development, at 23rd and Broadway, that also houses shops for Firebrand Artisan Breads, Numi Organic Tea, and the Mexican restaurant Calavera (coming soon).

Helmed by John Martin, owner of Drake's Barrel House in San Leandro as well as Berkeley bars Jupiter and Triple Rock, the beer utopia will seat up to 350 total imbibers in its restaurant—the main dining room heats up with a huge, custom-made fireplace—and brick-walled, open-air beer garden where communal tables and bleacher-style seating are primed for live music shows on the outdoor stage. Built-in Adirondack booths and fire pits complete the scene, and there's a large room for private parties too.

While there's no beer production on site, the restaurant will serve Drake's entire beer portfolio, including some harder-to-find unusual and experimental beers and dedicated taps for a rotation of guest stars. Need your suds to go? Belly up to the full-service growler station with a changing selection of beers to take home. Non-beer drinkers will find wines on tap and cold-brew coffee from Highwire Coffee Roasters.

Lunch and dinner hinge on "refined pub fare," so get ready for burgers, sandwiches, and salads. As at Jupiter in Berkeley, pizza will be a main focus, with two giant pizza ovens churning out pies for day-drinkers. Sounds like heaven.

Drake's Dealership opens in early August. Until then, check out our favorite spots to drink beer in San Francisco.