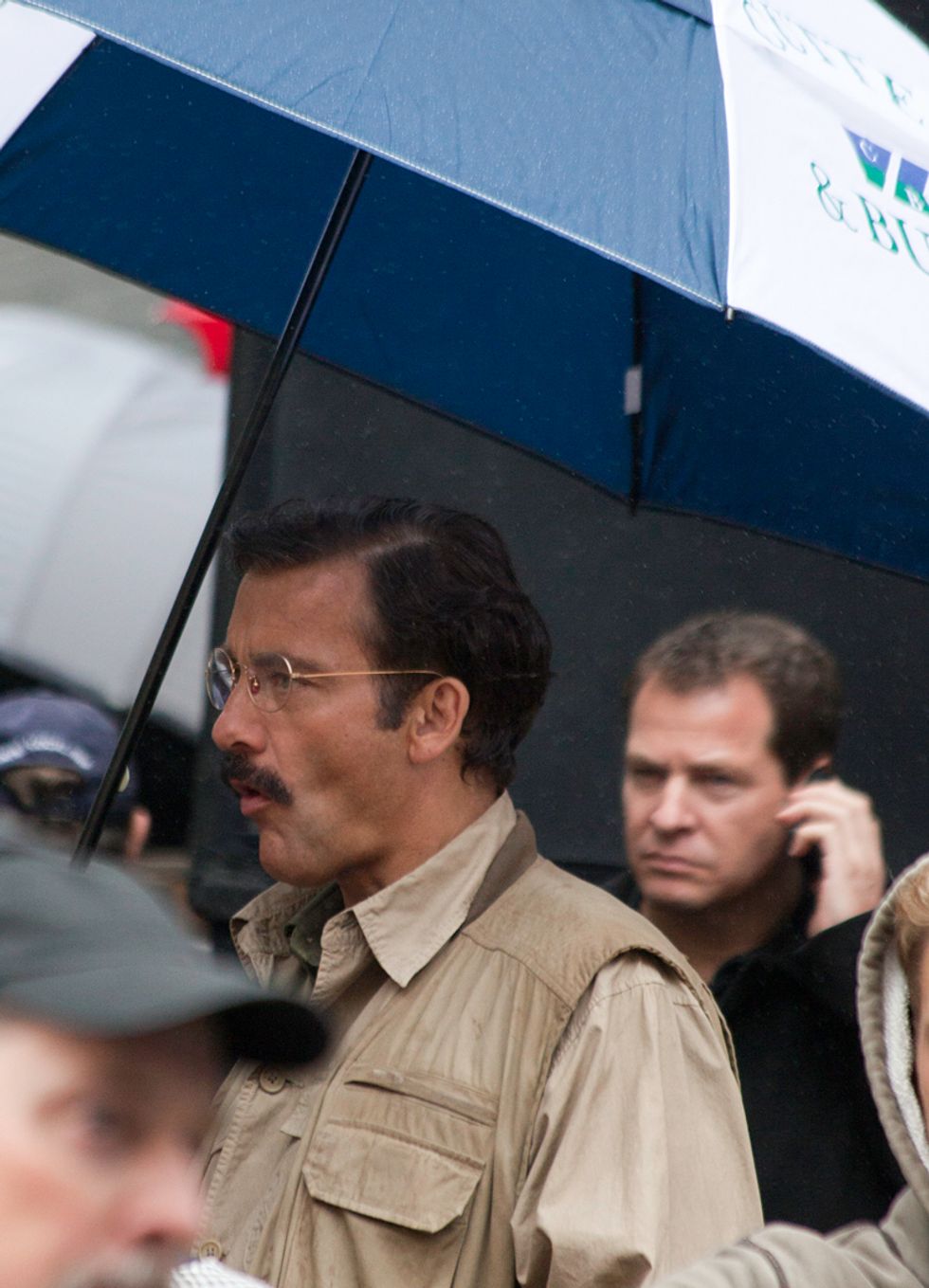 Nicole Kidman is spotted for a fleeting moment as she prepares for her next scene.

For a sneak Scenes of the City we crashed the set of Hemingway & Gellhorn with a few glimpes of stars Clive Owen and Nicole Kidman today in SF's Chinatown. If you're quick you can still catch them on Grant St. and Jackson St.

Photos and Copy by Joseph Schell

A refurbished old car for the set in Chinatown.

The set was well guarded by local police officers and hired security.

SF's Chinatown was chosen as a set to replicate China's Shanghai.

The crew waiting on set for the next scene.