#TBT: Fun in the SF Sun Since 1861 (Hint: There were waterslides in the Haight!)

It's not always sunny in San Francisco, but when it is, you can be sure we know how to enjoy it. See how locals have played outdoors since the late 1800s—and then ask yourselves, why oh why, can't we still have a waterslide in the Haight? 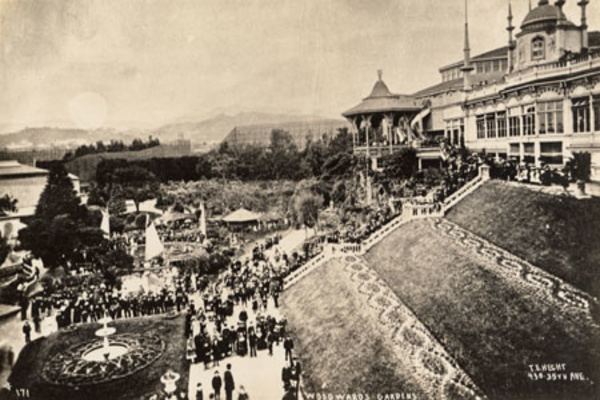 Woodward's Gardens (1861 to 1891) was amusement park, zoo, museum, aquarium, botanical garden, and art gallery all in one. Thousands of patrons would flock to the two-block locale bordered by Mission, Valencia, 13th and 15th Streets. Probably the most famous resident there was Monarch the Grizzly Bear, who became the model for the California state flag. (via San Francisco Public Library) 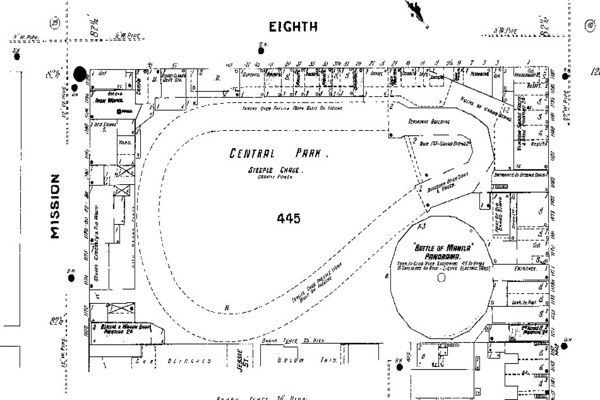 This 1899 map shows the now-defunct Steeplechase Park (1899 to 1906). Located at 8th and Market Streets, it was owned by George Silyou, the same man who owned Coney Island's park of the same name. For 10 cents admission, you could check out the high-wire walker known as Professor Hill, ride on a wooden horse for prizes, get on the aerial trolley, or check out a boxing match at the Edison motion picture theater. (via National Amusement Park Historical Association) 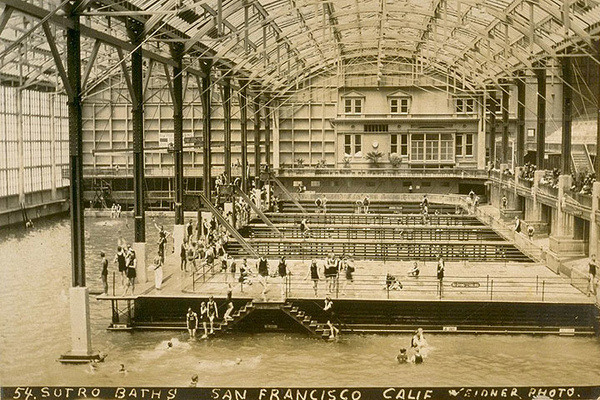 The Sutro Baths was the world's largest indoor swimming pool when it opened in 1896. It included six saltwater pools, one freshwater pool, an ice skating rink, club rooms, an ampitheater, and a museum.The facility burned down in 1966, after it was planned for demolition. (via National Park Service)

Chutes at the Beach 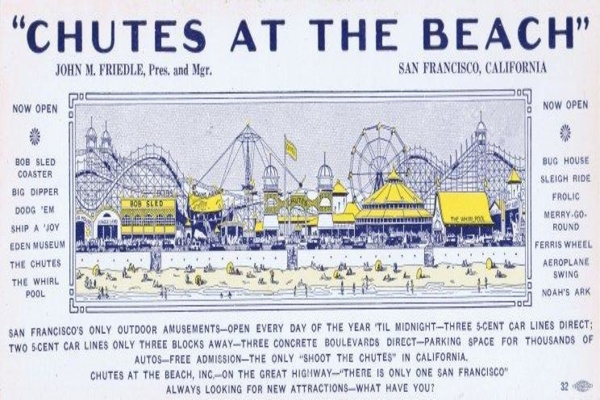 Starting in the 1800s, outdoor attractions were slowly starting to take up the space next to Ocean Beach. By the 1920s, the collection of amusements—including the ferris wheel, the chutes, and the Big Dipper roller coaster—were called Chutes at the Beach. In 1929, it became Whitney's at the Beach, better known as Playland at the Beach. (via SFGate)

Chutes in the Haight 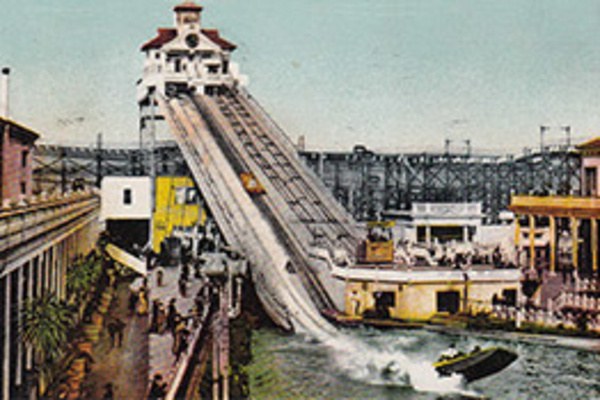 There were even chutes in the Haight. Opened in 1895, Paul Boynton Chute Company's amusement park—situated between between Cole and Clayton Streets—had an inclined trestle track 300 feet long and 70 feet high that took passengers down in gondolas to an artificial lake. There was also a merry-go-round, an alligator house, and theater at the park. (viaThe Friends of 1800)

The Chutes at 10th and Fulton 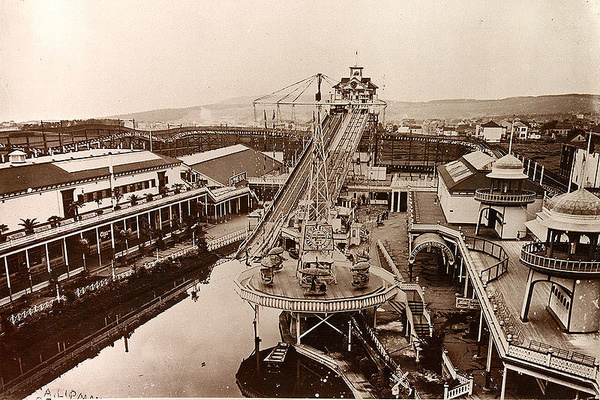 The Chutes at 10th Avenue and Fulton Street (1902 to 1907) were opened to accommodate the overflow crowd from the popular Chutes on Haight. The facility was moved here, and then to Fillmore in 1909. An apartment building stands in the space today. (via FoundSF) 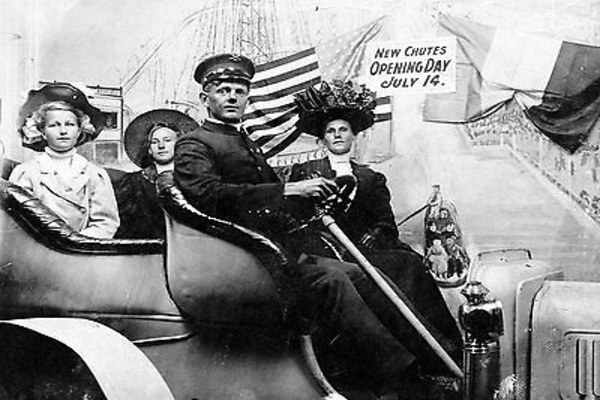 This photo was taken on opening day of the Fillmore Chutes, in 1909. (via TERAPEAK)

Postcard of the Fillmore Chutes 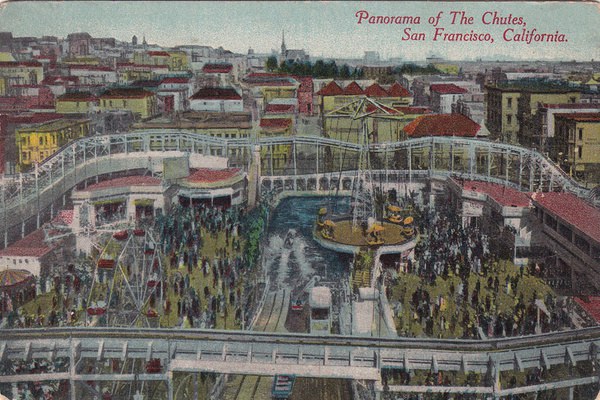 This postcard, showing a full view of the Fillmore Chutes, was postmarked on June 9, 1910. (via sanfranciscodays.com)

Playland at the Beach 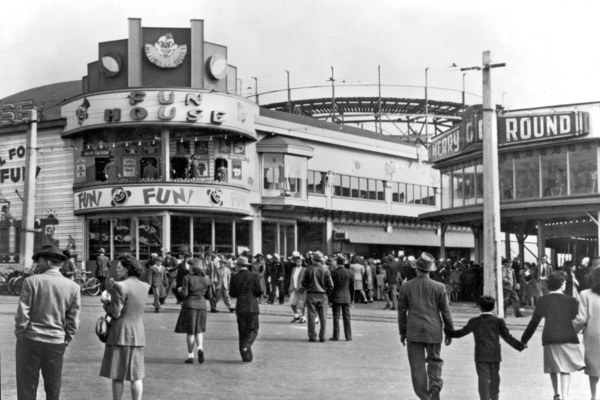 Before there was Disneyland or Six Flags, there was Playland at the Beach (pictured here in 1940), which later became known as Whitney's at the Beach. Playland closed in 1972; a plaque sits in the former location of the amusement park, where condominiums now stand. (via Quill Driver Books/San Francisco Public Library) A dip in the chilly waters of Ocean Beach, or just a day on the sand, has always been in vogue, even in 1920. (via Western Neighborhoods Project) 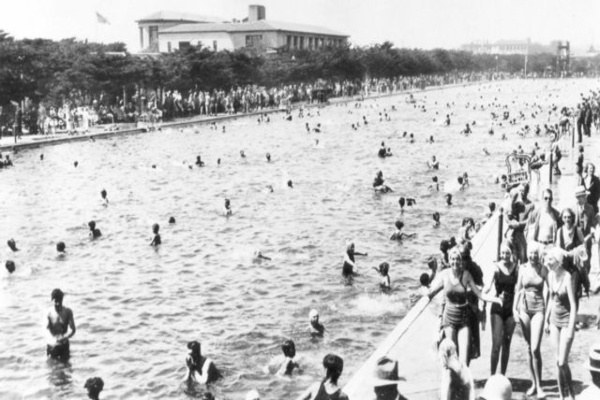 Opened in 1925 at Sloat Boulvedard and the Great Highway near the San Francisco Zoo, the saltwater Fleishhacker Pool, at 1,000-feet-long, was one of the world's largest heated outdoor swimming pools. It was closed in 1971 and demolished in 2000. (via Imgur) 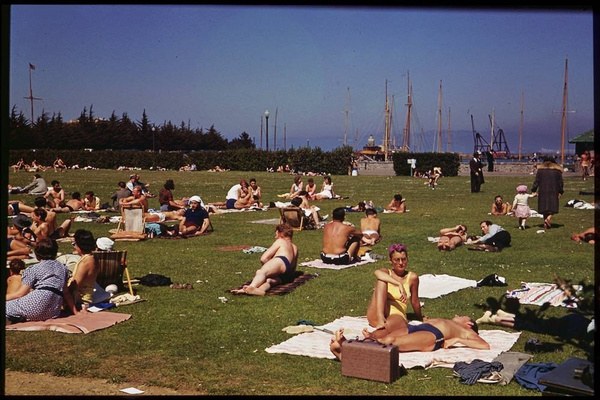 The Fourth of July is synonymous with barbecues, sunshine, and being in the grass. This 1940 photo shows some people soaking up the sun in the Marina. (via Charles W.Cushman/Vintage Everyday) 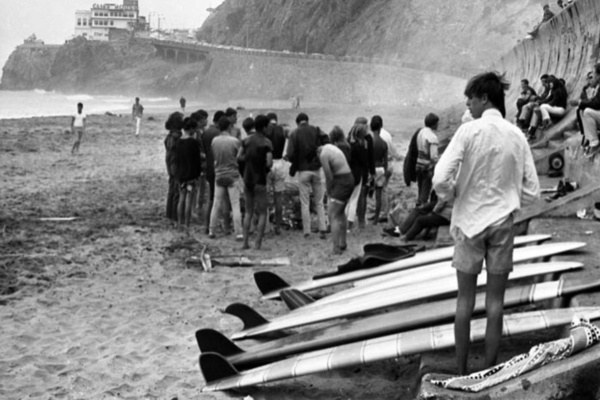 When the sport gained popularity in the 1960s, San Francisco surfers would hang out at Ocean Beach's Kelly Cove and warm up by the bonfire. (viaWesternNeighborhoodsProject) 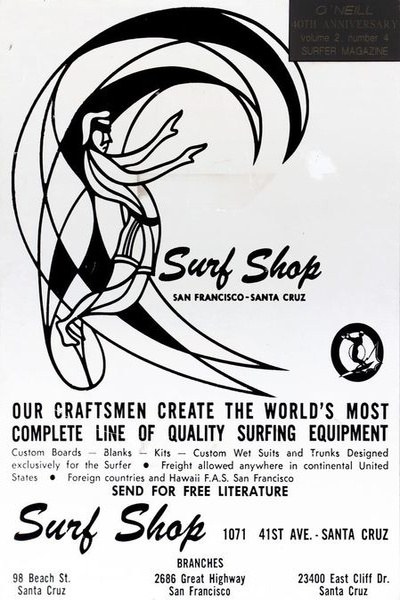 The first O'Neill surf shop was located in SF, in the Outer Sunset. (via Curbed SF) 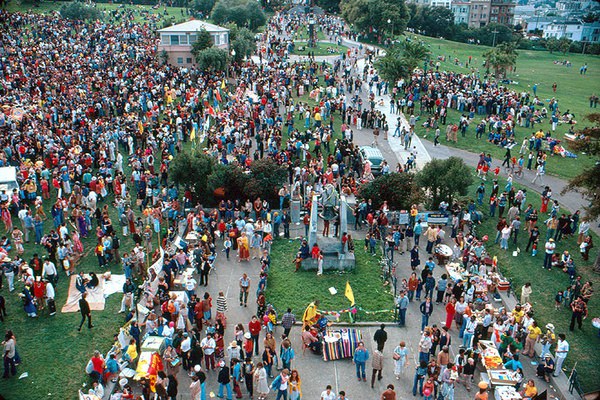 When the temps rise above 70 degrees, San Franciscans head to Dolores Park in droves. But that's nothing new: Here, we see the masses in the park to celebrate Carnaval back in 1980. (viaLou DeMatteis/FoundSF)