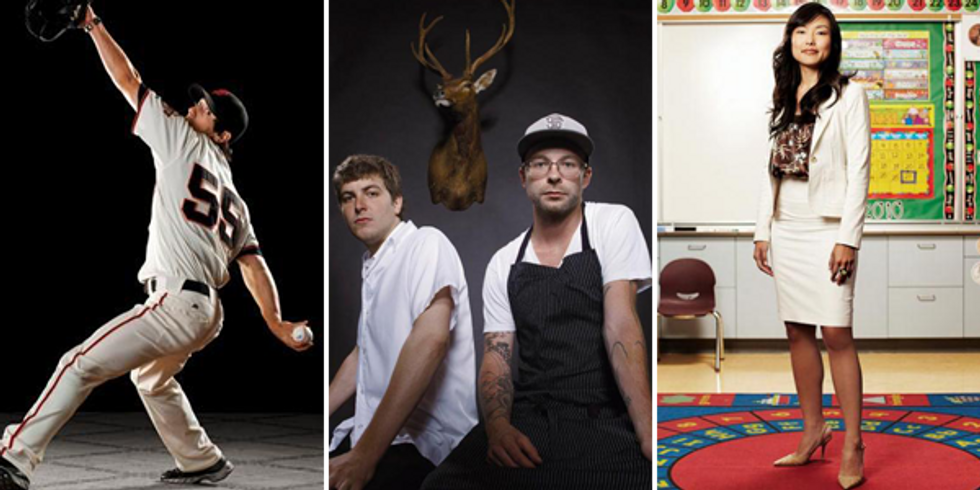 Every October, we publish our Hot 20 Under 40, a series of profiles on the city's most up-and-coming movers and shakers. Former Hot 20s have included local luminaries such as Tim Lincecum, Twitter founders Jack Dorsey and Biz Stone, Chris Kronner and Anthony Strong,  Digg founder Kevin Rose, cyclist Levi Leipheimer, Supervisor Jane Kim, Dwell Editor in Chief Allison Arieff, Michael Mina, novelist Stephen Elliott (whose newest book rights were just bought by James Franco), 49er Vernon Davis and designer Alexander Wang. We're gearing up to select our 2011 class and are now accepting submissions for the Readers' Choice spot. This year, we’ve decided to take away the “under 40” age rule, since fabulousness knows no limit.

So send in your submissions! Your nominee must be a Bay Area resident who is shaking things up and poised to do great things in the coming years. We're looking for nominations across all areas and disciplines: arts, science, tech, food, politics, design, sports, environmentalism, literature ... you name it.

Send in your nomination, along with a short paragraph explaining your choice to hot20@7x7.com. We'll be accepting nominations until June 27th at midnight. We'll narrow the nominations down to our top 49 picks, and reader voting will begin on July 1. The winner of the popular vote will be included as the Readers' Choice pick in our 2011 Hot 20, which will be published in our October 2011 issue.