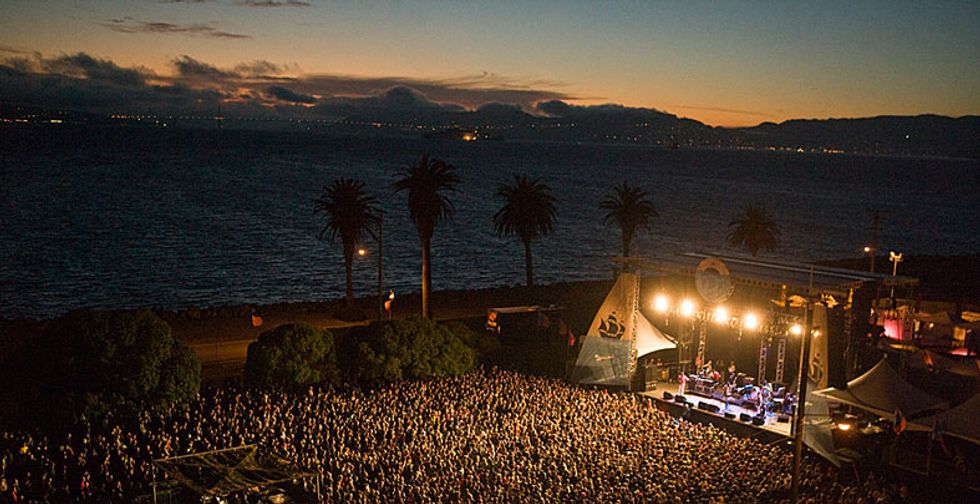 The Treasure Island Music Festival: Which Day is Worth Your Cold, Hard-Earned Cash?

Since I first laid eyes on this year's Treasure Island Music Festival lineup, I've been trying to decide which of the fest's two days entices the money out of my wallet more: the bombastic crunch of Saturday's electronic mix or the bleeding hearts and wide-eyed rock of Sunday?

Normally I'd be sweating at the thought of getting to see one of my secret favorite bands (because they're so unapologetically wimpy) Belle & Sebastian, who have been off the scene for far too long, or gloom masters The National, whose latest disc is High Violet (4AD) seductively depressing, or even the insanely earnest arena rock of Surfer Blood.

But this year, I'm craving something to dance to. Something to ward off the cold San Francisco-in-July air. It's summer, after all, and Treasure Island's Saturday roster has the solid soundtrack of night to remember. How can you argue with the supremely artful electro angst of LCD Soundsystem? James Murphy and the gang are known for some of the most breathlessly frantic shows around and their collection of airtight post-punk manifestos, crowned by this year's This Is Happening (DFA), is dance rock at its finest. Not to mention Holy F*** and Four Tet, two outfits who specialize in heady, beautiful melodies that are sure to match the postcard-perfect views seen from the island.

And we can't forget to rep the Bay Area by moving our feet to our own local purveyors of electronica. There's Maus Haus, who create dense and intriguing multi-layered sounds with an almost-traditional rock band setup, and booty-funk kingpins Wallpaper, whose sets are always a nonstop party (beer in hand a requirement, of course). The bass alone in their song "T. REX" will probably shake the entire island.