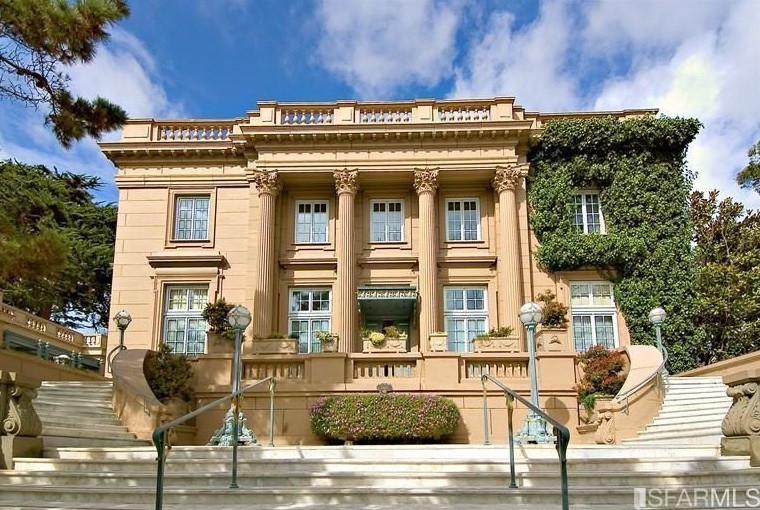 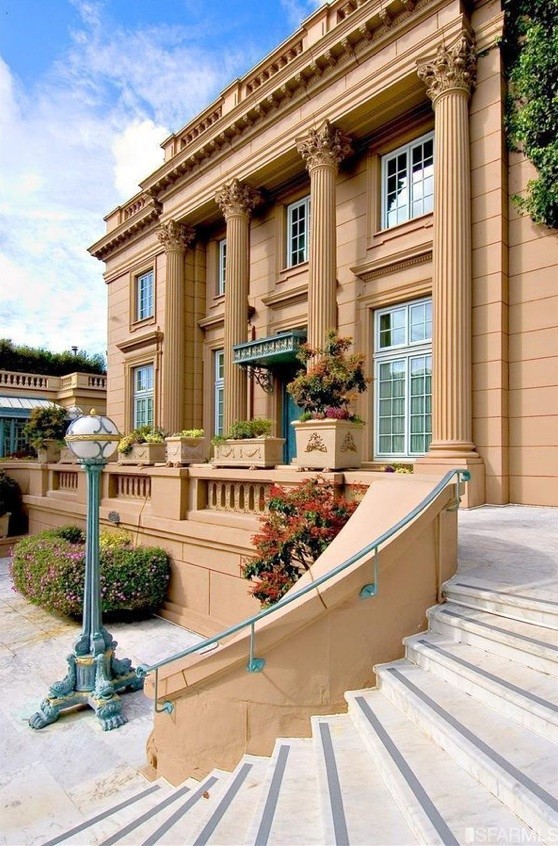 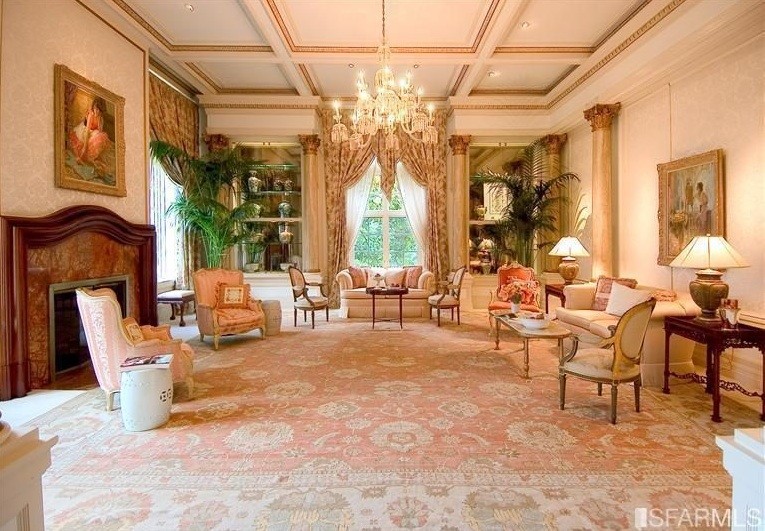 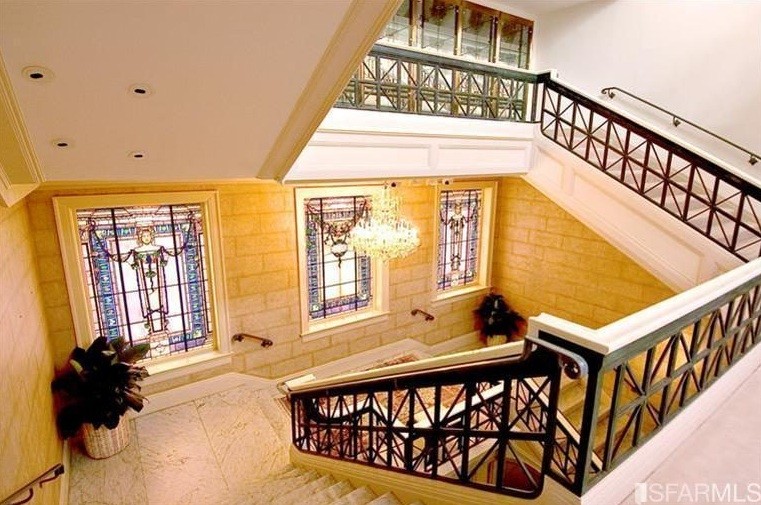 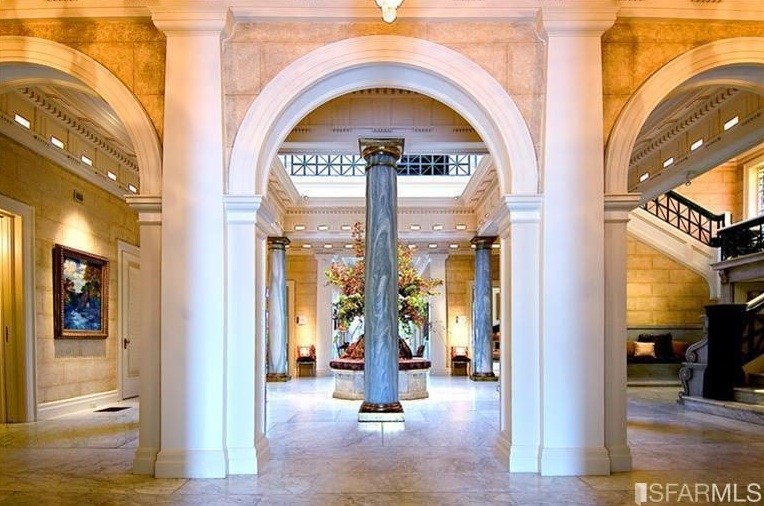 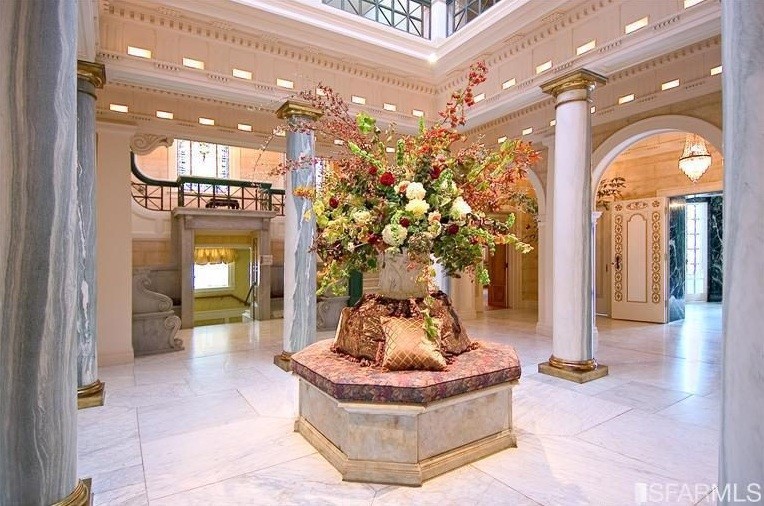 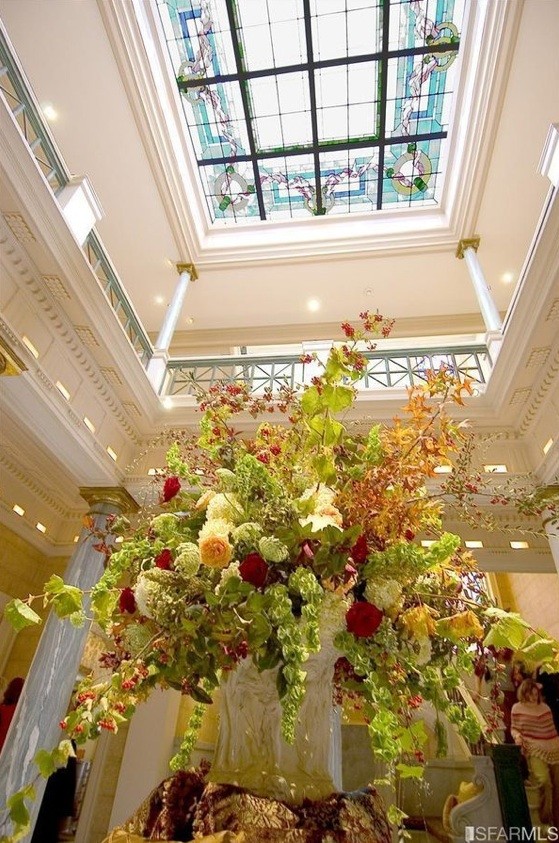 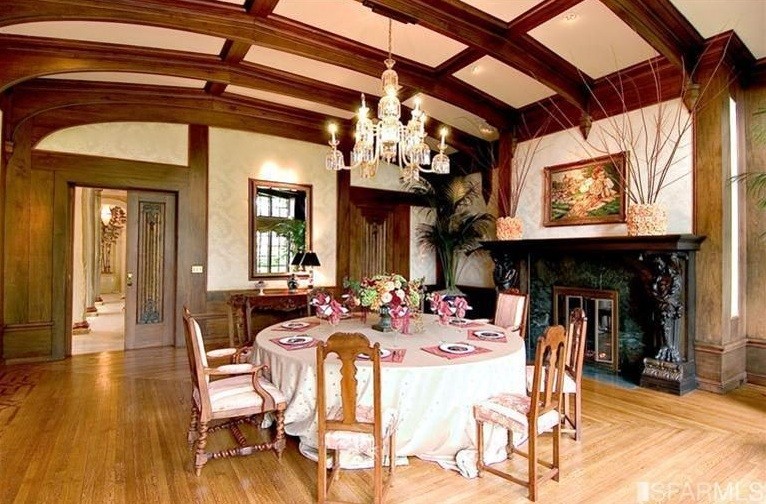 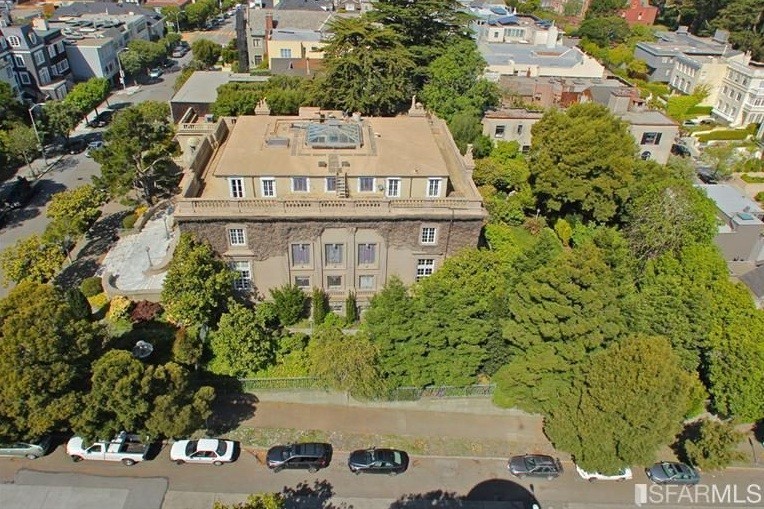 The first thing to know? This address–all 18,000 square-feet of it–is on sale, having recently had $4 million chopped off its original asking price, although no one knows exactly why. The second thing to know? It also comes with the adjoining 2,618 square-foot guest home at 3810 Washington, and a vacant lot (125 Maple) that's currently being used as a backyard. This is almost, dare we say, a bargain.

But don't get out your checkbook just yet, because there's a third tidbit you've gotta know: The main mansion isn't in very good shape. According to Curbed, there are holes in the ceiling, water damage to the original silk wallcoverings, and most everything is outdated. So if you plan to throw down, be sure to include the price of a complete overhaul along with it.

This abode's list of former owners include Halsey Minor, an entrepreneur who founded CNET in 1993. He bought this copy of the Petit Trianon in 2007. Shortly after it was built in 1902, the lady of the house Cora Koshland opened the mansion with a Marie Antoinette costume ball in 1904. The house served as a refuge for the city's elite for the first few nights after the 1906 earthquake, and was listed on the National Register in 1984. Hopefully whoever picks it up next can restore it to its former glory.

Images and info via Curbed SF

7 Airstream Stays Along the California Coast