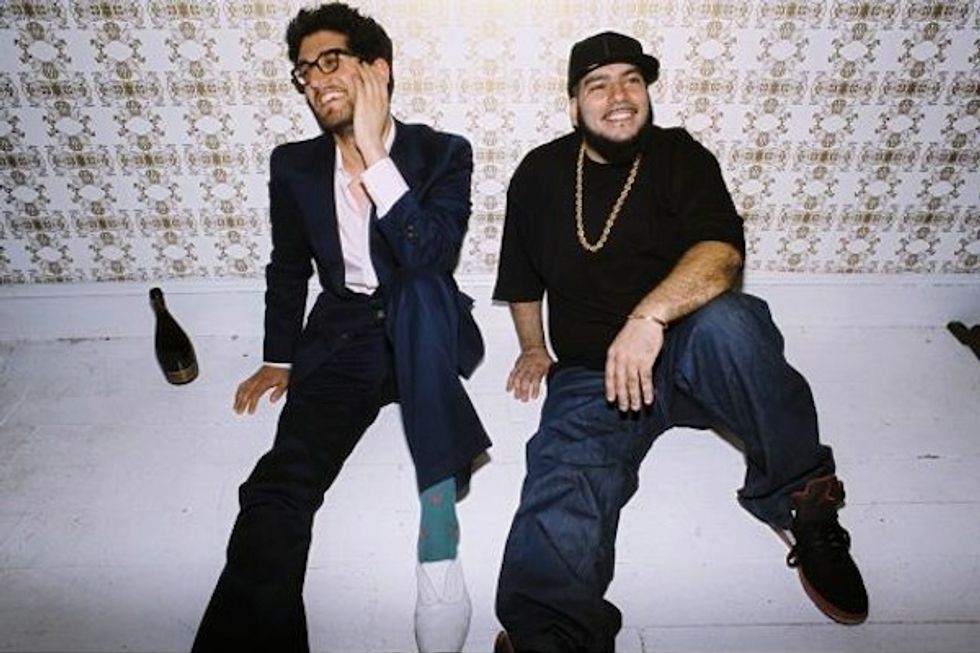 Few cities embrace Halloween like San Francisco, and we partially credit the reliable abundance of live music events during the holiday. But, let’s be honest, we’re all just a bunch of weirdos who love to dress up, get down, and tip a few. Here's just where to do that this week.

Monday: Warpaint at The Regency Ballroom

Warpaint is one of those impossible-to-pinpoint bands that jump around stylistically. But big-picture clues pointing toward their overall aesthetic abound. For example, guitarist Theresa Wayman takes a counterintuitive approach to her guitar work. “When you're playing guitar, you can just enjoy the song and not have to worry about some of the technical things," Wayman says to Rolling Stone. "I almost prefer to barely be able to hear it so I have to dig for it, and it makes me play better. If I can hear it really loudly, I tend to shy away. Since I figured that out, I've had so much fun playing." It shows on the LA quartet’s new self-titled album, which relishes muted guitar moments as much as loud statement hooks. Described as “a triumph for a group of women whose colors are singular and run incredibly deep” by Consequence of Sound, the follow-up to 2010's revelatory The Fool may be one of the most sneaky-brilliant albums of the year.

With his project King Tuff, Vermont singer/guitarist Kyle Thomas found a sound suiting his literal and figurative voice. His sound is decidedly cool-kid garage rock, psychedelic, classic, and fearless throughout. Thomas croons with a nasally indifference to classic-rock riffs. His new album Black Moon Spell is indeed a rock celebration, but each song features enough modern punk edge so that nothing feels derivative. In short: Tuff demands the attention of fresh ears and old souls.

All hail Tycho, San Francisco’s king of chill. There’s not much more to say about the local producer-gone-international other than... dude. His songs are just.. like, it’s all just so chill, man. You'll dig it. Promise. Oh hey, can I have anothe bite of that pot brownie?

Can we all agree that Chromeo was built for festivals and arenas? The Canadian electro outfit crafts absurdly fun dance ditties that beg the attention of mass audiences. But the sudden mainstream appeal of Chromeo skirts their profoundly sophisticated songwriting and intelligent instrumental coding. Don’t let any of it fool you, this is bottom-line-fun dance music.

This will be silly. Wolfgang Gartner played one of the greatest house shows these eyes have ever seen at the Warfield some two Halloweens ago. It was absolutely bonkers, and it had nothing to do with it being Halloween. Never before had I seen such incomprehensibly nuanced production value, brilliant sonic engineering, and world-class synchronization all come together in a single set. This Central Coast native pays Mezzanine a visit this year in between dates at XS in Las Vegas. The perfect post-Halloween night out.