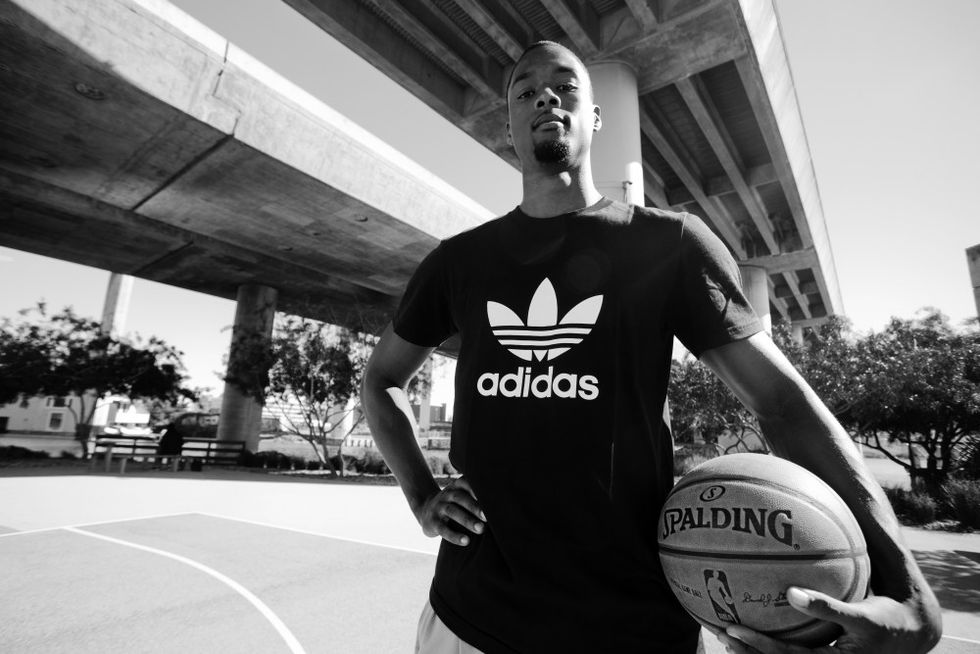 While many of the Warriors were caught poppin' bottles of Moët and sippin' Patron after winning the NBA title, forward Harrison Barnes took his celebration to the streets of Oakland.

Barnes, a third-year small forward who says he tasted his first drop of alcohol in the locker room after the Warriors won the NBA Finals in Cleveland, showed some lucky locals a thing or two at Mosswood Park in Oakland, near MacArthur BART.

While Barnes certainly wasn't treating the friendly pick-up game like it was Game 6 of the finals all over again, it was definitely a memorable moment for those lucky enough to shoot hoops with the NBA champ.