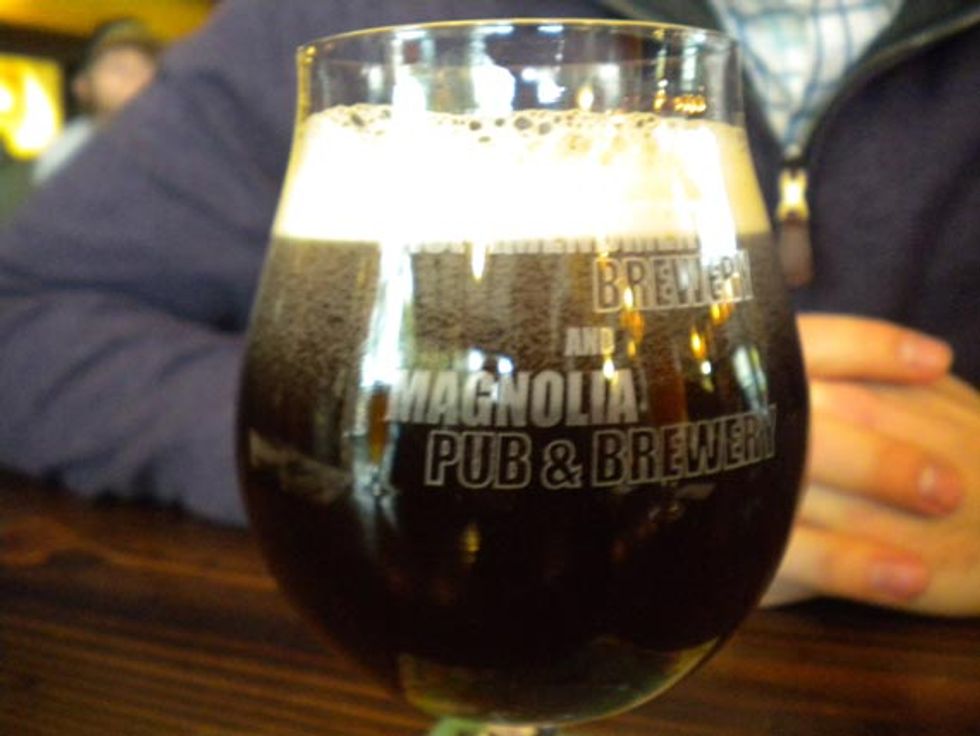 What SF Brewers Have on Tap for Strong Beer Month

Although we’re in the middle of SF Beer Week, we’re also near the midpoint of Strong Beer Month. To help you better plan your itineraries for both, it seemed like a good time to check in with the strong beer brewers to see how their supplies of the heavyweights are holding up.

David McLean, Owner Magnolia Pub & Brewery
We currently have all six strong beers; however, we are seeing record crowds and sales this year and I don't know how long all will remain available. For the last couple of years, Tweezer and Old Thunderpussy have run out by the end of the third week of the month. I would be surprised if either made it to the end of this week.

Shaun O’Sullivan, Co-Owner and Brewmaster at 21st Amendment
We are out of Oaked Drunken Monk, but it is being replaced with our barley wine, Lower de Boom later this week. We still expect to have them all for the remainder of the month, although we do say, "While supplies last...”


Rich Higgins, Brewmaster at Social Kitchen & Brewery
All five strong beers are on tap right now and should be available for at least another week and a half. The Double Doozy may run out before the end of the month, but the others could make it to March.