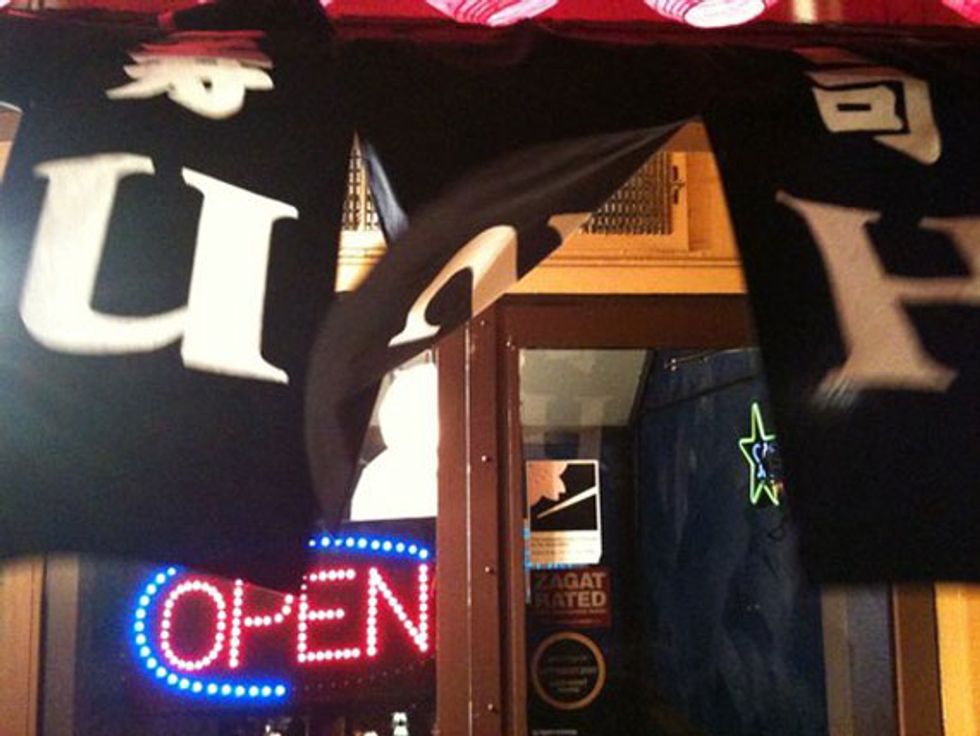 What's the Recipe for Late-Night Eats in SF?

For being such a hardcore food town, SF’s late-night dining scene is one of our most embarrassing traits. “We’re almost like a real city,” says Nopa chef-partner Laurence Jossel. “We call ourselves a metropolis, but really, we roll up the carpets at 9:30 p.m.”

Thad Vogler, co-owner of Bar Agricole, chimes in: “The inevitable comparison of San Francisco to New York is a bummer. It’s not even relevant. With the state of late-night dining here, we are more like Portland or Seattle.”

Even if you don’t get out much, the problem of finding food past 10 p.m. is familiar. How many times have you driven across town to grab a bite at a popular restaurant that says it’s open until 11 p.m., only to arrive at 10:15 p.m. and find the place dark with the chairs up on the tables? It feels like a betrayal. Not only are you hangry (that’s hungry-angry, people) but you won’t want to return to this spot that let you down. So even fewer diners go to that restaurant late at night, eventually nudging the restaurant to slip to the SF default closing time of 10 p.m.

Why do so many of our nicer restaurants shut down early? Quite simply, it’s rarely worth it to stay open late—there isn’t enough demand. Are we too healthy? Are we eating earlier because we’re more focused on work or because we’re having babies? “Five p.m. is the new 11 p.m.,” says chef Ravi Kapur.

Often SF restaurants start with high hopes of staying open late to serve the industry. Unfortunately, catering to hungry bartenders and servers who just want a burger, shot, and beer isn’t enough. It’s expensive for a restaurant to retain the staff on overtime, especially when there are only crickets in the dining room at 10:30 p.m. on a Tuesday. “Late night often doesn’t pay for a while, and this town is tough,” explains Nopa wine director Chris Deegan. “Labor costs are difficult, and it doesn’t make sense financially to lose money in those initial months when things are already so tight.”

Some restaurants play games, refusing to expressly state what time they close and letting the dining room decide for them. While it’s good for the restaurant, it doesn’t do a lot to engender the faith of a late-night diner. “As someone who eats out late, it’s hard to find out who’s open, especially if they aren’t picking up their phone,” notes Deegan. “If a place lists their hours as ‘open 5:30 p.m. until close,’ you know it’s a gamble. It means ‘open until not busy.’”

But why do some places succeed in late-night business? Take Nopa, which, Vogler says, is the juggernaut. It’s one of the rare places where you can get a choice glass of wine or a top-shelf cocktail, a quality dinner, and semi-refined service until 1 a.m. nightly. And while Nopa sells an average of 80 burgers a night, that’s not all guests are ordering. “Nopa is its own animal,” says Vogler. “Everyone in the industry talks about it.”

Location is a big factor in Nopa’s success. The owners noticed that a lot of restaurant folks live in the neighborhood, and it has become a default last stop for many servers, cooks, and bartenders before heading home. But Nopa’s dependability is also hugely important. Diners know they can show up at 12:55 a.m. and get served with a smile, rather than a scowl that says, “Four people just came in, and now I have to freaking make them food?” It’s a philosophy. “The clock at the door is exact,” says Jossel. “At 12:59 a.m., if you walk in and want a full dinner, we will feed you. People can count on it.”

But Nopa achieves a delicate balance. You look at a chic place like Bar Agricole, with its finely tuned cocktail program and prime location near SoMa clubs, and you’d think late-night dining would be a cinch. But no, later hours didn’t work. “We assumed late night was going to happen, and it totally didn’t,” says Vogler. “Our food didn’t work for people. They don’t want ingredient-driven Northern California food when it’s midnight. They want food that’s uncomplicated, substantial, and with high fat. They want a burger, a sandwich, a pork chop.”

But SF night owls also want a quality cocktail, which is why places like Beretta and Comstock Saloon stay busy, but Flour + Water (which serves beer and wine only) ended up cutting hours. And then there’s the rowdy Ryoko’s in the TenderNob. While it isn’t known for pouring particularly great drinks, Ryoko’s scores high for quirky decor and a fun vibe. It’s as though each neighborhood has its own lighthouse for late-night diners. In time, though, the beam can fade. Just look at Globe.

While there are some cocktail bars where you can get pretty damn good food (the Alembic, 15 Romolo—not to mention the quality joints that serve everything from wings to Thai sans ambience) a number of industry folks join me in wondering why we don’t have a diner that’s a step up from our city’s mediocre 24-hour spots. Aaron Gregory Smith of 15 Romolo says he wants a place like Brenda’s French Soul Food to stay open late, and my fellow fans of Asian cuisines desire a hip, after-hours izakaya à la New York’s Momofuku Noodle Bar.

The Mission may be an obvious location for the next big thing in late-night dining, but Nopa proves that people will travel for a sure thing. As much as San Francisco has room for improvement, Vogler sees the bright side: “We should just thank god we have the taqueria. New York, they can’t touch the taqueria.”