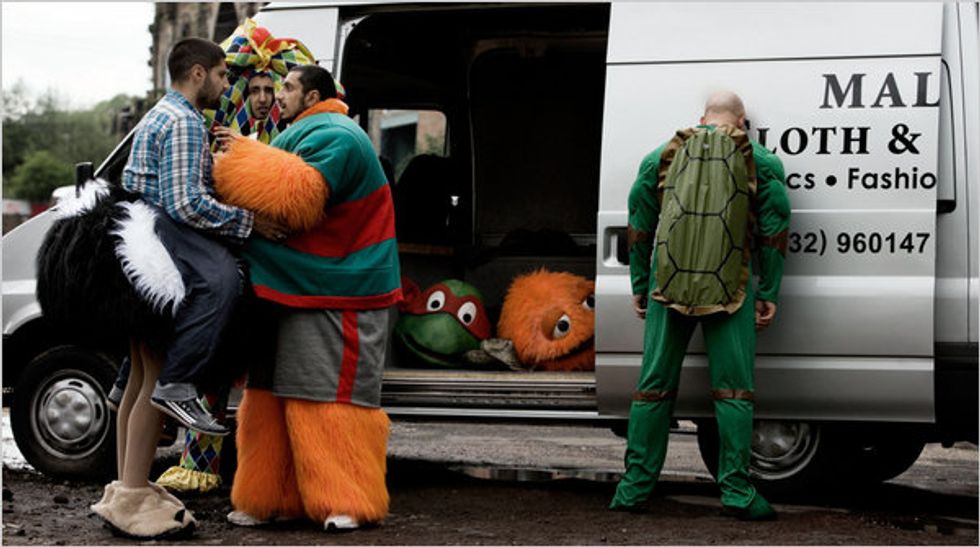 It sounds like an invitation for righteous outrage – an unflinching comedy about jihad-minded suicide bombers determined to strike a blow for Islam but too dim to settle on a plan. Incredibly, first-time feature director Christopher Morris, who co-wrote Four Lions with Sam Bain (BBC’s Peep Show) and In the Loop screenwriters Jesse Armstrong and Simon Blackwell, pulls it off, with a hilariously biting satire that turns unexpectedly poignant when his terrorist wannabes stumble into the final phase of their half-baked operation.

Lions makes its Bay Area premiere tonight at the Brava Theater, as part of the eighth annual San Francisco International South Asian Film Festival. It is sometimes difficult to watch, for as much as Morris pokes sharp-witted fun at fundamentalism and the too-easily influenced young men seduced by empty promises of posthumous glory, he recognizes the tragedy of their confusion, as well as the horror implicit in their deadly game. And yet even as he follows them through to the bitter end, the movie never stops making light of their absurd quest for martyrdom. Make time to see it. For tickets and showtimes, click here.