Like most Bay Area residents, Oakland artist Woodrow White sunk into a depression after November's election results. "What's the point of anything?" the 24-year-old CCA graduate said to himself. "I've always drawn, but I found it difficult to create." Slowly, he found his dawdling turn to doodling as he began doing simple sketches in crayon and marker of members of the incoming administration and its enablers.

"I had brief moments of elation breaking through a sense of listlessness," he said. Then suddenly, a torrent of fierce and funny caricatures, a rogues' gallery of the people populating the new and quickly faltering Trump administration came gushing forth: an impish Jeff Sessions with blood red eyes and oversized ears; a dolt-eyed and blissed-out Betsy DeVos; and many, many grotesque versions of Mitch McConnell, his bulging eyes melting off the side of his sallow and fleshy face. Like any good caricature, the subject is reduced to a few characteristics, which are then amplified to extraordinary proportions allowing the viewer to be both hilariously attracted to and simultaneously repulsed by the final product. And, lucky for us, White has been filling his Instagram feed with these increasingly complex and colorful visages. Behold! Your new government! 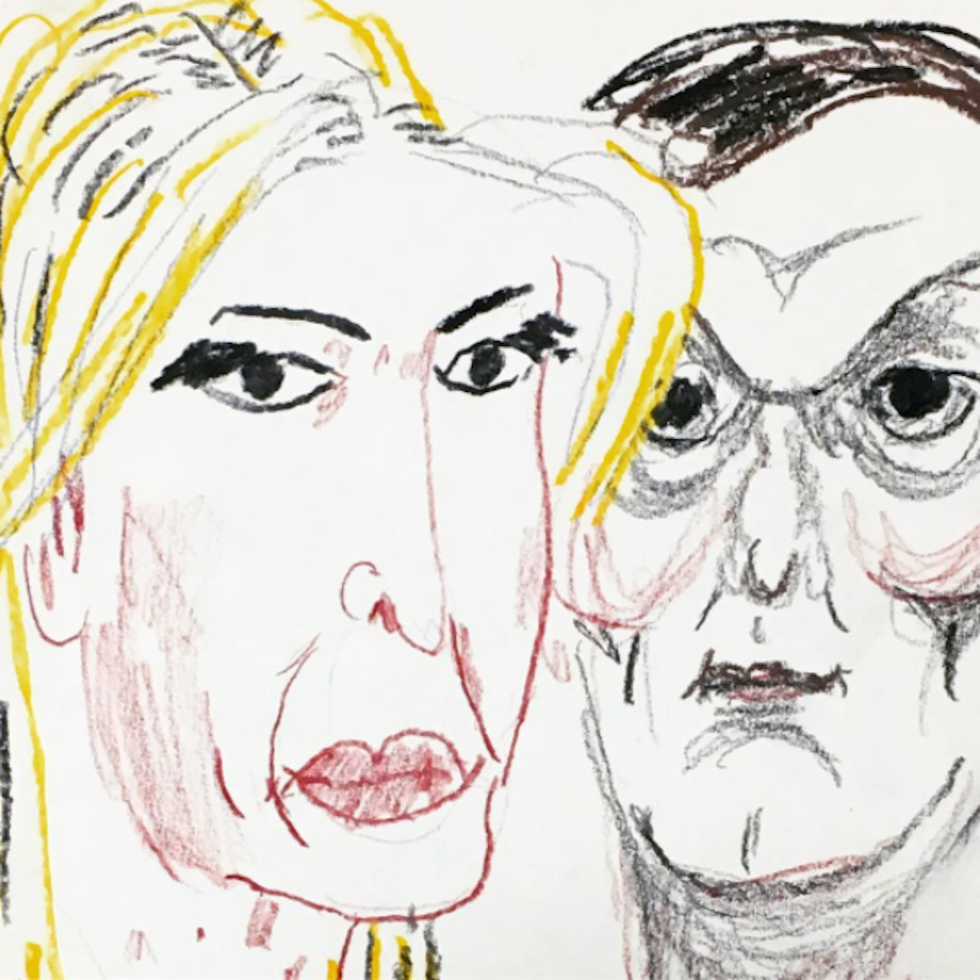 Counselor to the President Kellyanne Conway

Secretary of the Interior Rick Perry

Fun Fact: White's mom is Mimi Pond, a cartoonist and writer whose work has appeared in the New York Times, LA Times, and other pedigreed pubs, and the writer of the very first full-length episode of The Simpsons. Her latest graphic, The Customer Is Always Wrong, is currently available for pre-order.