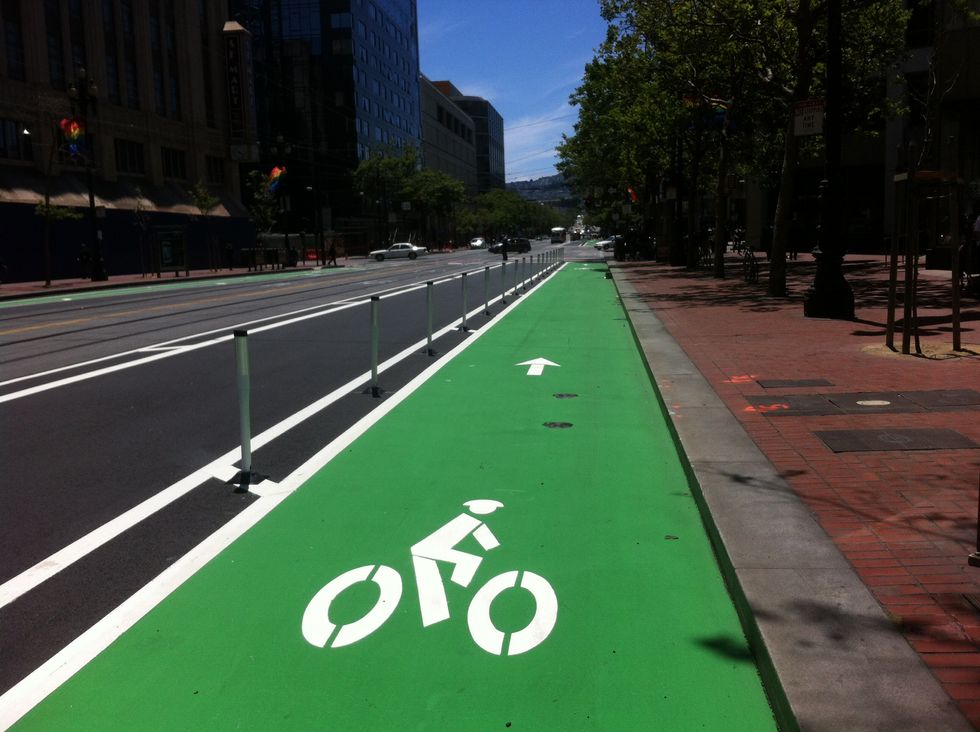 Four Reasons for Bike Riders to Celebrate This Week

There’s a lot to celebrate in San Francisco this week! So let’s keep it going. If you’re one of the thousands of people who get around SF by bike, here’s four more reasons to be jumping up and down with joy this week:

It’s going to be an epic weekend in San Francisco. As always, bikes will be your best way to get around. So grab your trusty steed and pedal to all of those celebrations. Be sure to hit up the freshly-paved Market Street on your way!