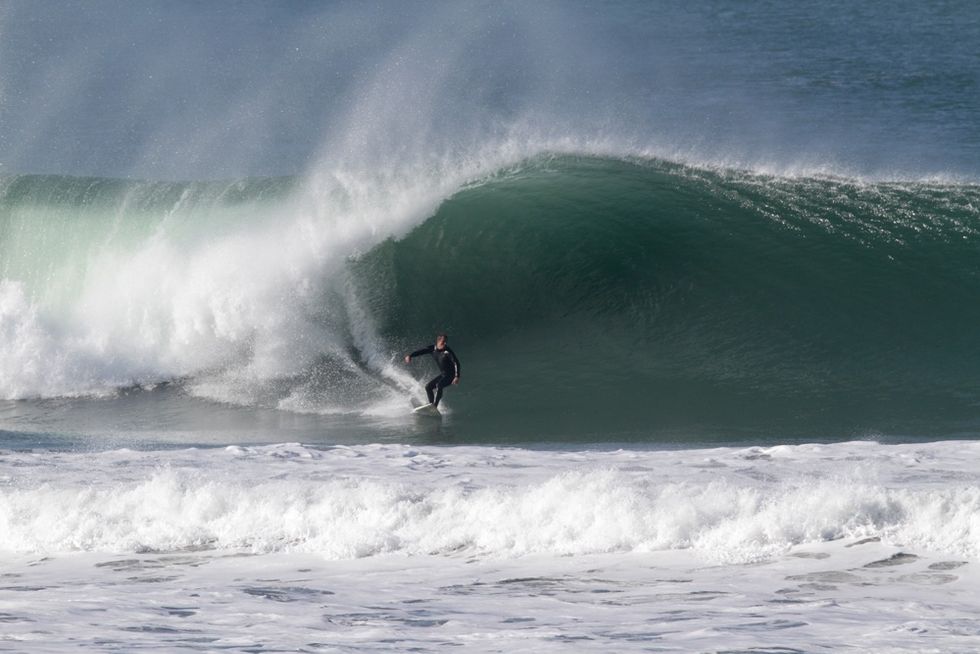 The noticeable presence of pro surfers in the city means that San Francisco surfers are doing their best to show off the city’s party side. Almost every night during the November 1-12 contest window of the Rip Curl Pro Search, there is something surf related happening somewhere in the city. While each party has its own unique flavor, one of the hottest events where you can mingle with the world’s best surfers is the Surfbreak Rentals Launch Party on November 5 at Public Works.

Surfbreak Rentals is a web resource for traveling surfers who want to find places to stay while they search the globe for good waves. It’s an idea that Matt Belden, an Ocean Beach surfer, has been working on ever since he traveled to Nicaragua a year ago for surf, and dealt with the many frustrations of weeding through “beachfront properties” that turned out to be nowhere close to the beach. “All I wanted was to stay near one surf break, and had to click through dozens of sites to find a place.”

Working with web designers out of Stanford, Matt has created SurfbreakRentals.com, which “leverages the strength of vacation home locations, and their access to surf spots, to easily connect with surfers,” as Matt put it. The site has been quietly up and running for the past few months, and is using the occasion of the Rip Curl Pro Search for its official launch party on November 5. In fact, many of the visiting pros found where to stay in San Francisco through SurfbreakRentals.com.

The 2,000 listings under Surfbreak Rentals mostly caters towards surfers who are flying out of SFO and LAX—which means destinations like Mexico, Nicaragua, and Costa Rica. Not a bad break from the cold waves at Ocean Beach.

The Launch Party begins at Public Works at 10 pm with a fashion show put together by Brooke Heckaman, featuring clothing from San Franpsycho, Volcom, IndoSole, RVCA, and Proof Lab. There’s even going to be live body painting by Ryan Martinez. Following the fashion show, Chris Clouse and Designer Deejays will spin music until the club closes down.

A cool precursor to the party is a poker tournament that pits Ocean Beach surfers against the visiting professional surfers, judges, and industry insiders. It starts at 6:30 pm and although the pool of competitors is already filled, it’s open for spectators to come and watch. So if you like poker and are interested to see the poker faces of surfers like Josh Kerr, Timmy Reyes and Brett Simpson, then it’s worth coming out early to see the tournament. A portion of the proceeds from the tournament will benefit Surf For Life, an organization that fuses surf trips with service trips to build and restore schools in remote parts of the world.

The Triumphant Return of Che Fico