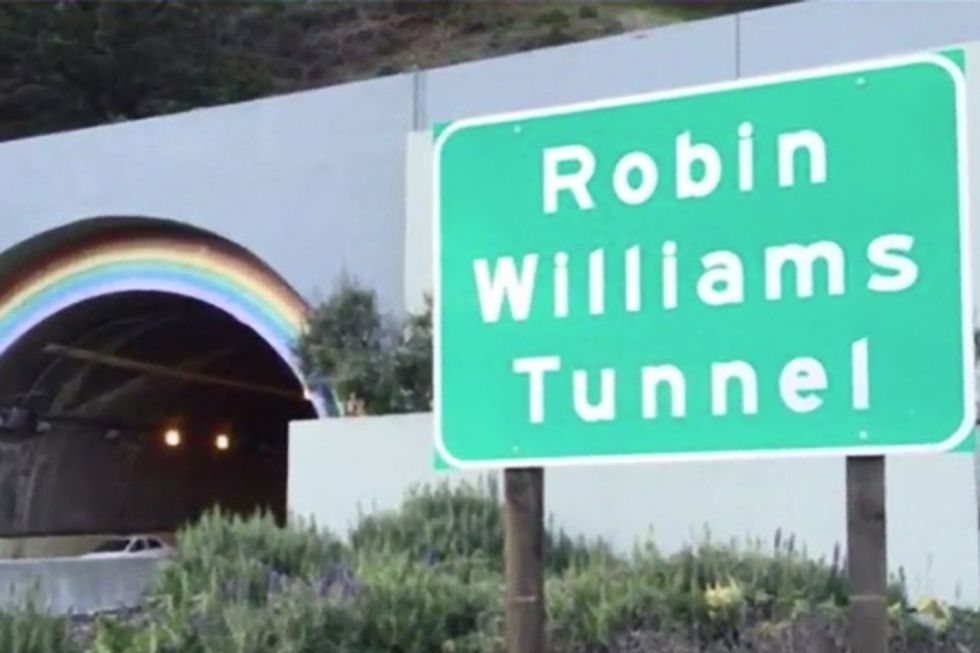 In a special case of coming full circle, Robin Williams, who got his start as the adorable rainbow-suspendered alien in Mork & Mindy, and who took full advantage of his celebrity to bring LGBT characters to the big screen (The Birdcage, Mrs. Doubtfire), now posthumously lends his name to the iconic rainbow tunnel that connects the Golden Gate Bridgewith his native Marin.

(Robin Williams, as Mork from the planet Ork, in Mork & Mindy)

This past summer, the state Senate voted to rename the rainbow arch over Waldo Grade—named after the 1850s Whig Party candidate William Waldo—to Robin Williams Tunnel. The vote came on the heels of a petition, introduced on Change.org by assemblyman Marc Levine, that went viral.

On Tuesday night, Caltrans workers installed a new sign, CBS Local reports, that will serve as a tribute to the beloved Bay Arean for years to come.

Williams “knew how to make us laugh, and that made people feel like they knew him," Levine says. "He had a career that transcended the Bay Area, and this tunnel was part of his daily commute.”