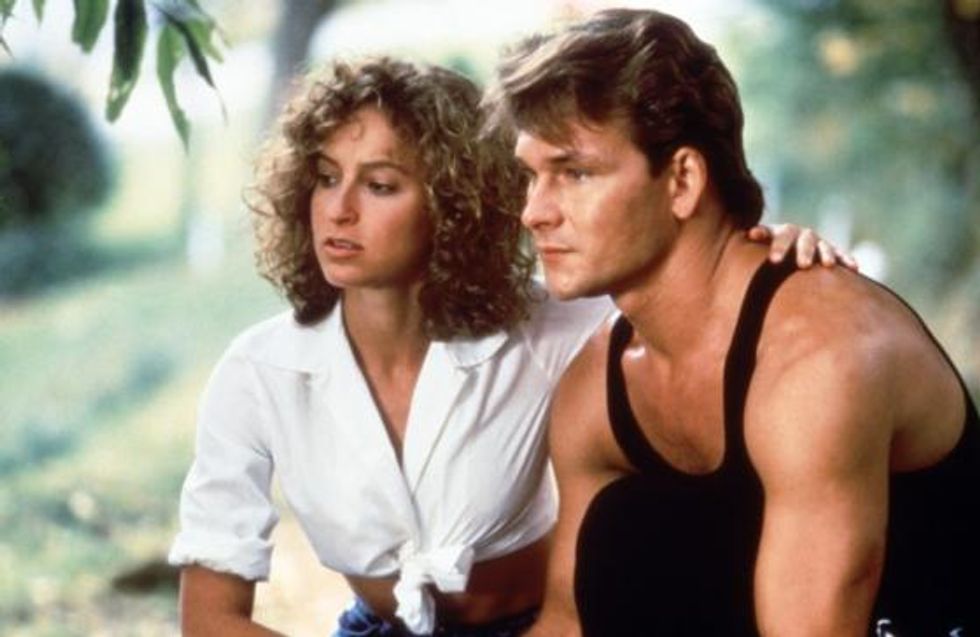 If the prospect of watching James Franco play with primates in Rise of the Planet of the Apes isn't enough to get you off the couch this weekend, we've got several worthy alternatives in this week's Indie Theater Roundup, which comes complete with an Easter egg of sorts: a YouTube video of the late Patrick Swayze recalling his least favorite line in Dirty Dancing! Enjoy.

1. The Guard
Where: Embarcadero Center Cinema, 1 Embarcadero Ctr., 415-352-0835
When: All Week
Why:  Rarely a leading man, Brendan Gleeson (28 Days Later) brilliantly dominates the stage in John Michael McDonagh’s invigorating feature debut, playing Sergeant Gerry Boyle, a glib Irish garda (Gaelic for “guard”) whose devil-may-care approach to police work, in a normally sleepy corner of the Emerald Isle, includes on-the-job pints, bedroom romps with imported hookers and the occasional tab of acid. The result: one of the year's funniest and most spirited offerings.

2. Another Earth
Where: Embarcadero Center Cinema, 1 Embarcadero Ctr., 415-352-0835
When: All Week
Why:  What if there were another planet, seemingly identical to our own, orbiting the same sun, populated by alternate versions of ourselves? That’s the question Mike Cahill and Brit Marling ponder in Earth, a quietly engaging drama that sounds, on the surface, like a sci-fi puzzle. Yet the movie, which newcomer Cahill directed, co-wrote, produced and edited, doesn’t concern itself so much with hard science as the very tender, human story it sets up.

3. Dirty Dancing
Where:Castro Theatre, 429 Castro St., 415-621-6120
When: Aug. 5
Why: Nobody puts Baby in a corner, but Jesse Hawthorne Ficks, who organizes and hosts the Castro's monthly Midnites for Maniacs marathons, will put her and that hunky, misunderstood ne'er-do-well Johnny Castle (Patrick Swayze) back on the big screen this Friday, as part of a triple bill also featuring Flashdance (1983) and 1979's The Apple.

4. Tabloid
Where: Lumiere Theatre, 1572 California St., 415-885-3201
When: All Week
Why: The name Joyce McKinney doesn't mean much in America, but in England, the former Miss Wyoming became a media-created superstar during the late '70s for kidnapping a Mormon missionary, chaining him to a bed and allegedly forcing him into a sexual relationship. McKinney, who retreated from the spotlight only to re-emerge three decades later after her pit bull was cloned by Korean scientists, is the eccentric subject of Errol Morris' new documentary, a hugely entertaining chronicle of the "barking mad" beauty queen and the men she ensnares in her tangled web.

6. The Trip
Where: Bridge Theatre, 3010 Geary Blvd., 415-751-3213
When: All Week
Why: When Steve Coogan is invited to tour the finest restaurants in England's Lake District, he envisions a perfect getaway with his girlfriend (Margo Stilley). When she backs out, he has no one to accompany him but his best friend and source of eternal aggravation, Rob Brydon. As the comic duo drive each other mad with constant competitions and dueling impressions of Michael Caine, Sean Connery and Al Pacino, they arrive at unexpected realizations about food, the nature of fame and their own lives.

7. Buck
Where: Opera Plaza Cinema, 601 Van Ness Ave., 415-771-0183
When: All Week
Why: "Your horse is a mirror to your soul, and sometimes you may not like what you see. Sometimes, you will." So says Buck Brannaman, an American cowboy who travels the country for nine months a year helping horses with people problems. Buck, Cindy Meehl's richly textured documentary about an ordinary man who has overcome tremendous odds to lead an extraordinary life, explores both Brannaman's troubled childhood and his successful career as a real-life "horse whisperer."