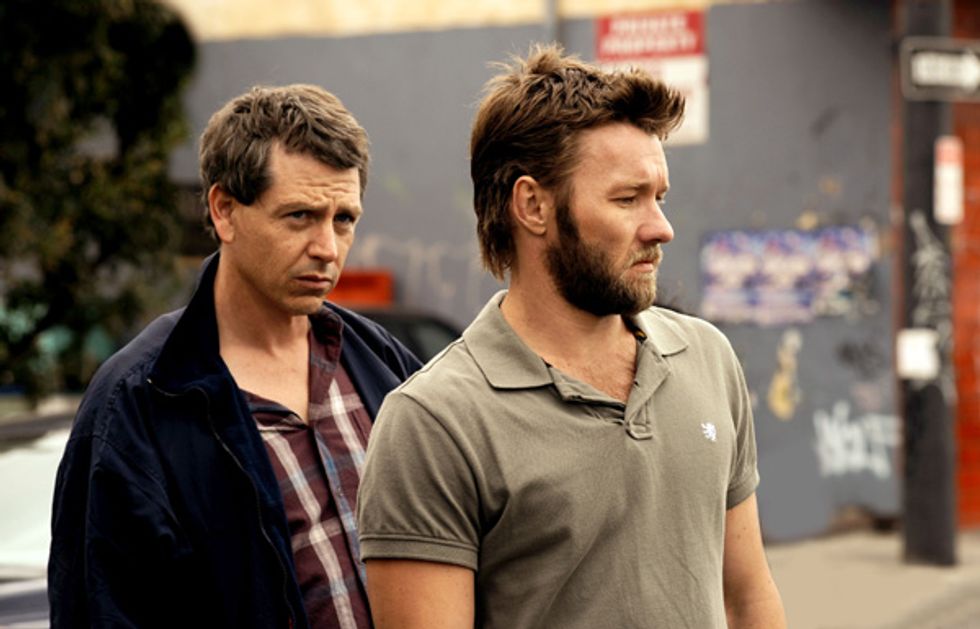 If your post-holiday plans don't involve football and a tryptophan-induced nap, make your way to Embarcadero Center, where some of this year's strongest Oscar contenders, including127 Hours and Fair Game,are now playing.Check out the Castro's two-day celebration of Katharine Hepburn and Spencer Tracy, beginning Saturday. Or update your Netflix queue to include John Hughes' classic Thanksgiving comedy Planes, Trains & Automobiles. Happy Turkey Day!

1. Animal Kingdom
Where: Red Vic Movie House, 1727 Haight St., 415-668-3994
When: Nov. 30-Dec. 1
Why: Families don't come more dysfunctional than the Codys, whose reunions always seem destined to spark a crime wave. When a rogue cop murders a member of their close-knit but combustible clan, 17-year-old Josh (newcomer James Frecheville)is drawn into the thick of a revenge plot that forces him to choose between the vipers in his midst and the possibility of a future. Overlooked at the time of its August release, Australian director David Michôd's blunt-force drama is also one of the year's most harrowing.

2. Made in Dagenham
Where: Embarcadero Center Cinema, 1 Embarcadero Ctr., 415-352-0835
When: All Week
Why: The working-class women of Dagenham, an east London suburb, achieved lasting social change in the 1960s by fighting for equal rights and pay at the Ford car plant where even the grandmothers were referred to by their male supervisors (and pretty much everyone else) as factory "girls." Nigel Cole's feel-good fantasy, inspired by those real-life events and starring Happy-Go-Lucky's Sally Hawkins, is predictable but supremely entertaining nonetheless.

3. Inside Job
Where: Embarcadero Center Cinema, 1 Embarcadero Ctr., 415-352-0835
When: All Week
Why: Charles Ferguson (No End in Sight) returns with the infuriating, painstakingly researched Inside Job, in which the Oscar-nominated filmmaker uncovers the causes of the 2008 economic collapse. Narrated by Matt Damon, Job traces the rise of a corrupt industry and exposes the troubling relationships that have compromised politics, regulation and academia, ultimately leaving millions on the unemployment line.

4. Client 9: The Rise and Fall of Eliot Spitzer
Where:Opera Plaza Cinema, 601 Van Ness Ave., 415-771-0183
When: All Week
Why: Was Eliot Spitzer, the so-called "Sheriff of Wall Street" whose crusade against big-business corruption catapulted him to New York's governorship, sabotaged by his own hubris or the victim of an unprecedented political hit? Client 9, the latest from Taxi to the Dark Side documentarian Alex Gibney, makes a compelling case for both, chronicling in fascinating detail Spitzer's too-rapid ascent to the top ranks of the Democratic party, the scandal that felled him, and the well-orchestrated campaign of humiliation that followed.

5. Guess Who's Coming to Dinner
Where:Castro Theatre, 429 Castro St., 415-621-6120
When: Nov. 28
Why: Katharine Hepburn and Spencer Tracy co-star opposite Sidney Poitier as parents whose liberal leanings are put to the test when their daughter (Katharine Houghton) confronts them with the prospect of an interracial marriage, to an older man whom she's known for just 10 days. Stanley Kramer's 1967 romantic drama, in which love and prejudice collide, seems quaint today, but the performances, including Tracy's big-screen swan song, still resonate.

6. 127 Hours
Where: Embarcadero Center Cinema, 1 Embarcadero Ctr., 415-352-0835; Sundance Kabuki Cinemas, 1881 Post St., 415-929-4650
When: All Week
Why: In 2003, a boulder pinned mountain climber Aron Ralston to the wall of Utah's Blue John Canyon for nearly five days, forcing him to amputate his right arm in a desperate bid to survive. In adapting his bestselling 2004 memoir to the screen, Slumdog Millionaire'sDanny Boyle deftly navigates the obvious stumbling blocks, transforming a mostly one-man show with a well-publicized conclusion into arresting, often transcendent drama that speaks not only to Ralston's will but also to the durability of the human spirit.

7. The American
Where: Red Vic Movie House, 1727 Haight St., 415-668-3994
When: Nov. 26-27
Why: Not much happens in Anton Corbijn’s loose, leisurely paced adaptation of Martin Booth’s 1991 novel A Very Private Gentleman. And yet his narrative rarely wants for momentum. Rowan Joffe’s screenplay, a tribute to understatement, keeps us guessing. So too does George Clooney, less cocksure here than he is enigmatic as an emotionally undernourished assassin type struggling to forge a life removed from his work.